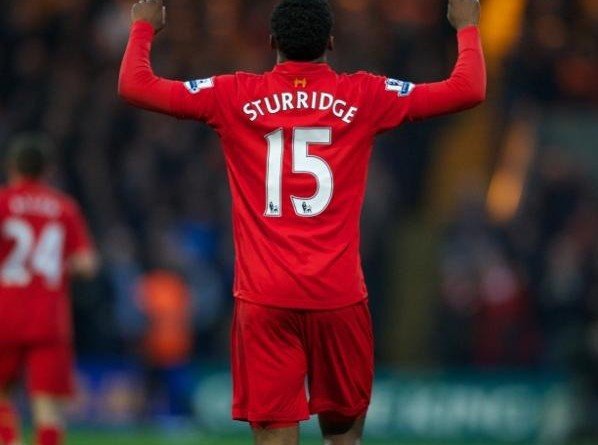 A fight back from the Stags eleven minutes from full time stirred up the romantics as dreams of a lucrative replay at Anfield danced around the Field Mill stadium, but no giant would be killed today — though it wasn’t for a lack of trying through both the energy of the Stags and the lethargic second half display of the Reds. No scalp claimed, no equalizer in the dying seconds to give the purists the fairy tale ending they craved; still, Suarez would provide a fair bit of drama for those that live for nothing else.

For a side such as Mansfield, drawing any Premiership club in the FA Cup can assure their financial fortunes for years to come. The Stags sit 93 places below Liverpool in the standings going into this one and with Field Mill stadium was packed almost to capacity — every one but 96 seats were filled with those going empty a tribute to the victims of the Hillsborough Stadium disaster.

Although the gesture would not go unnoticed by the Liverpool faithful, there was a game of football to be played and after spending a good five minutes playing kick-about in our own half as the hosts applied pressure upon pressure, Jonjo Shelvey would feed a perfect through-ball to debutant Daniel Sturridge and with that, the pre-match optimism echoing around Field Mill would be drained.

Sturridge is anything but match fit, but that hardly mattered. He hadn’t played since Chelsea’s loss to West Brom in November and there were doubts that he’d even feature on the bench; and then he scored. With Suarez and Sterling given a rare break, the man up top would latch onto Jonjo’s pass to finish with aplomb and score the fastest debut goal for Liverpool since 1935. Finishing is what Daniel is known for and he made no effort to tarnish that reputation with an assured shot, just beyond the reach of Alan Marriott.

The Mansfield ‘keeper did everything he could to stake a Man of the Match claim and it would be him that would keep the match so tight for long portions. Sturridge had a chance to double up not long after breaking his duck and by Marriott did well to get low and deny the striker an early brace after Jonjo, again playing creator, allowed him to spring the offside trap and run through unhindered.

The work rate of the Paul Cox’s side at both end of the pitch was nothing short of phenomenal and after Chris Clements ran 40 some odd yards to slide across the box and block a Stewart Downing shot and it would take the same kind of effort, and a mistake while the Reds were on the back foot, for striker Matt Green create the Stags best opportunity of the half; a stinging shot that Brad Jones did well to keep out.

A Downing corner would find Sebastian Coates in the box just before the break, and although we all remember the fantastic goal he scored against QPR last season, his acrobatic effort didn’t quite pan out the way he wanted. It would take the effort of his fellow countryman to put the Reds two goals to the good.

Mansfield came out screaming in the second half as Brendan Rodgers men pulled up with a second half hangover. The kind of pressure the Stags enjoyed in the opening minutes would be doubled as they looked for an equalizer, but with Sturridge and Suso withdrawn with only ten minutes played, it wouldn’t be long before the Reds would find themselves two goals to the good after a quick shot from Suarez under pressure would be parried back at him and, as was about to fly past, hit his hand to roll into the net.

Whether it was intentional or not — it looked liked like ball to hand rather than hand to ball — it would elude the sight of the linesman as well as the referee to incense the home supporters. The torrent of abuse that’s sure to rain down will unfold in the coming days, but for now, you can only wonder how he could have possibly got out of the way of the ball in those close quarters and with both ball and player moving at such a speed. Still, that’s a matter for another day as Mansfield striker Matt Green would pull one back for the home side to set up a nervy finish.

With the Stags on the move and the visitors on the retreat, the ball was hooked to the far post for John Thompson to tap back from the byline. Green looked industrious every time he was on the ball and the striker would again be in the right place at the right time and got his reward for an incredible work rate when he blasted home. Coates would try to block the effort, but he could only deflect it off Brad Jones and with that, Mansfield was given a shred of hope with 10 minutes left to play.

A long range pop from Green in stoppage time almost forced a replay as the Stags kept up the pressure, but there would be no equalizer for the home side and Brendan’s men march onto the next round for a meeting with Oldham Athletic. Although Suarez’s controversial goal will be the main talking point in the days to come, the heart shown by Mansfield Town should be the real story. It’s a shame that the kind of things that make the Cup special will be lost in a cloud of indignant and unjustified, media dramatics.