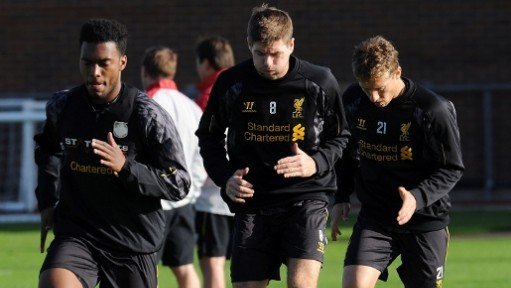 Over confidence doesn’t suit a team that’s punching far above their weight, but it’s hard to keep that extra spring out of your step when you’ve made your best start to the season since Roy Evans was in charge of the Reds and you’re visiting a team, who when you last got together for a bit of kick-about, you demolished with six unanswered goals. Magpies boss Alan Pardew has vowed revenge for the Newcastle faithful, though the way his team is performing, that lofty promise sounds like it may very well fall short.

The Magpies have enjoyed a better start to this season than last even though they’ve been underperforming and sit in eleventh place going into this weekend’s fixture. A 2-1 win over newly promoted Cardiff City ensured Alan Pardew’s men left league action in winning ways before the international break, but an injury to their captain could leave them ruing the time off this weekend.

Fabricio Coloccini has been ruled out of this weekend’s match after picking up a groin injury on international duty with Argentina and fellow countryman Jonas Gutierrez will join him on the sidelines for personal reasons. If that’s not bad enough, defender Steven Taylor is unlikely to recover from a hamstring problem in time to face the Reds which could leave Newcastle wanting for defensive cover.

Mapou Yanga-Mbiwa is likely to earn a recall to the squad to partner Mike Williamson in the heart of the Magpies defense, though Pardew will have to keep a close eye on the Frenchman after he was subbed at halftime during their 3-2 loss to Everton a few weeks back; when he left the field, Newcastle had yet to find the net with Romelu Lukaku making mincemeat of the former Montpellier man. Although the Newcastle manager has to have faith, it sounds a touch shaken. “I hope – I really hope because he’s a terrific person – that he puts in great display on Saturday” said Pardew. He’s going to have to if he’s going to cope with what Liverpool is going to throw at him.

The Reds have won seven of their last ten meetings with Newcastle with the most recent being that six goal thrashing last April – and that was without Luis Suarez in the squad. The Uruguayan, who found himself among the controversy once again while on international duty, has scored three goals in two matches since returning from his ten match suspension for biting Chelsea defender Branislav Ivanovic and his striker partner, Daniel Sturridge, remains an early favorite for the Golden Boot with a staggering six league goals already to his name. Both found the net during their countries World Cup qualifiers and both have hit the back of the net in Liverpool’s last two matches. Although Liverpool’s strike force has been given its deserved plaudits over the last few weeks, there’s a Newcastle man just behind Sturridge in the race for the top spot.

Loic Remy took some time to settle on Tyneside, but the former Marseille striker has now found the net five times in his last three games for Newcastle and catapulted himself into the Golden Boot race. There’s be a lot of speculation swirling around how Rodgers, who has switched to a 3-5-2 formation over the last few weeks, will line up his squad with fullbacks Glen Johnson and Aly Cissokho returning from injury, but it goes without saying that Remy will be the danger man for Newcastle on Saturday, but Papiss Cissé may be the one to watch as the Senegalese striker looks to end a 13 match long goal drought.

With a front line as mobile as the Magpies, a recall for Daniel Agger, who scored twice as Denmark demolished Malta in their last World Cup qualifier, could be on the cards, though Rodgers could opt to stick with the back-three of Mamadou Sakho, Martin Skrtel and Kolo Toure that has served him well in recent weeks. Cissokho could give incumbent, and former Newcastle man Jose Enrique a run for his money while Glen Johnson is expected to make an immediate return to the right flank. Some combination containing Steven Gerrard and Lucas should make up the midfield with either Victor Moses or Jordan Henderson providing the third body; there’s little doubt that Suarez and Sturridge will start up front with Simon Mignolet – Liverpool’s player of the month for September – keeping things tidy at the back.

You have to reach all the way back to last month and a trip to Southampton to find the last time the Reds lost on the road; despite the quiet confidence surrounding the Liverpool camp at the moment, we’ve already been humbled at the hands of a side we should have easily beat this season. Best to save the boasting for post-match – if we want to stay near the top, we’re going to have to put our heads down and work for it. Then again, seven goals would be nice too…