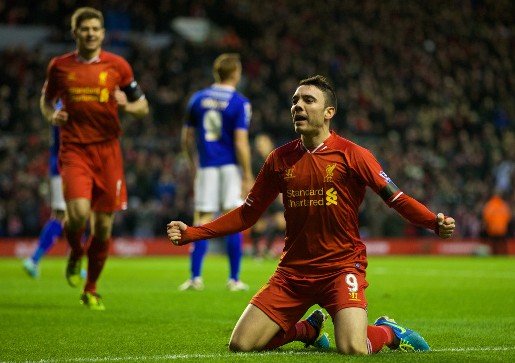 There’s only so much you can say about a match you never actually watched. I’m not sure what the deal with that was, but it wasn’t on TV anywhere in North America and there were only audio streams available, so I can’t speak with much authority on what I saw considering I didn’t actually see anything. If it was the Magic of the Cup that saw the Latics knock us out last season, then maybe it was the same that made this round old timey — then again, maybe it had something to do with money and broadcast rights.

Whatever the actual reason might be — probably the latter — it was a decidedly different affair altogether. It’s been quite a few years since radio commentary has been the only option for taking the match in and it certainly made for an adjustment in the early going when Liverpool failed to exert what should have been utter dominance.

Even with six changes to the side, League One opposition shouldn’t give us that much trouble; though I suppose that’s what we said last year when the visitors knocked us out of this very competition. Lacking any sort of real cohesion during the first half, Lucas and Philippe Coutinho were hauled off the bench to replace the struggling Victor Moses and, from what I could gather anyways, an impressive Luis Alberto who was operating in a free role in the center.

The Spaniard had one of the best chances of the half when a strong shot was parried away from visiting ‘keeper Mark Oxley around the 25 minutes mark, but the the influence of the Brazilians was immediately felt and Steven Gerrard, returning to the starting eleven after making a cameo appearance against Hull City, headed just over from a Coutinho corner as the second half opened strong than the first.

The breakthrough was on the cards with the Reds exerting growing pressure and Raheem Sterling turned creator when he whipped in a far post cross for Aspas to volley home. The Spaniard looking industrious throughout and could have opening the scoring on a few occasions only to come up short, but the goal was exactly what Brendan Rodgers needed to get his side in gear and the duo nearly doubled the score minutes later only for the Number Nine’s header to crash back off the crossbar.

To their credit, Lee Johnson’s side hardly looked like League One relegation fodder and Brad Jones, standing in for Simon Mignolet today, had to be at his best to keep out a smart header from Danny Philliskirk and a powerful drive from Michael Petrasso after the midfielder turned Daniel Agger as the half wore on. Luis Suarez, who everyone had hoped wouldn’t be needed today, replaced Steven Gerrard with just under 15 minutes left to play and the Reds were left shorthanded when an injury to vice-captain Agger relegated Liverpool to playing with 10-men as Rodgers had already used his three-substitutes.

As the traveling support tried their damndest to evoke the Magic of the Cup for an equalizer, they were left exposed at the back and it would be the hosts that would profit as Sterling saw his shot deflect in off James Tarkowski after he picked up the pieces from Coutinho’s blocked effort.

Just like that, the Reds book their place in the next round though the injury to Daniel Agger — coupled with the squads inability to routinely see off League One opposition — leave us with some questions to ponder as the January window becomes all the more important.

Did you actually get to see the match? Or were you listening to it like me? Let us know what you thought about it in the comments section.