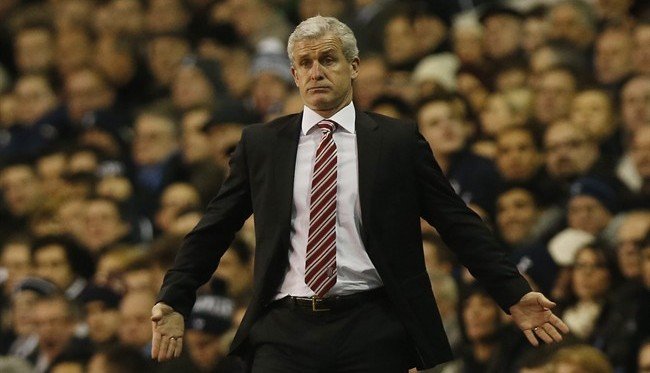 Editorial Feature
January 10, 2014January 10, 2014 Steven McMillan 0 Comments Aston Villa, Brendan Rodgers, Jonathan Walters, Kenwyne Jones, liverpool fc, Mark Hughes, premier league, Stephen Ireland, Stoke City, the FA
Ask any Liverpool supporter if they like going to Britannia Stadium and you’re sure to get a less than positive response. Visits to the Potteries have been borderline disaster for the Reds throughout the last few years and Stoke City striker Jonathan Walters has no intention of making things easy for Brendan Rodgers side when they roll into town on Sunday.

Although the Merseysiders look to be a completely different animal this season to the one that tamely fell to a 3-1 defeat in this fixture last time out, Walters is relishing the chance to repeat what he deemed a “superb display” where the home side was “fully deserving” of the win – and why wouldn’t he want to? Scoring a brace against Liverpool doesn’t happen every day, does it?

“In terms of what we have produced in the Premier League, that was arguably as good a team performance as we have put in, and we will need something similar on Sunday if we are to get the result that we all want” the Republic of Ireland striker told Stoke’s official site in the buildup to the match. Walters struck a memorable double for then manager Tony Pulis’s team while Kenwyne Jones pitched in with another as the Reds were utterly outworked last Boxing Day. Despite history favoring the hosts, the striker is quick to point out the quality of the opposition that will be visiting on Sunday.

“They have had a good season so far, and you have to say that with the points they have and the players that they have, they are real contenders, along with three or four other teams who are up at the top too” mused Walters. “We have beaten them before though, and this season we have been very strong at home, especially against the big sides, so we can take a lot of confidence from that into this particular game and hopefully come away from it with the points.”

The Republic striker isn’t wrong; the Potters have lost only once at home this season and have taken points from both Chelsea – in a 3-2 win – and Manchester City – in a scoreless draw – at the Britannia this campaign. Only a last gasp leveler saw them miss out on a memorable win against Roberto Martinez’s surprise package Everton side in their last Premier League match, so it’s safe to say that Liverpool will have to not only keep Walters off the board, but look to contain another Irishman in Stephen Ireland.

The journeyman midfielder has impressed since joining Mark Hughes new look Stoke side on loan from Aston Villa and his new side will be looking to make the move permanent after taking over his agreement for the rest of the season. Ireland, who scored in their 3-2 win against Chelsea last month, has been at his best since arriving at the Britannia and Hughes isn’t surprised one bit. “Ireland just lost his way for a couple of years. It was not his fault in my view. We are just delighted that he has shown everyone what he can do” enthused the Stoke City manager.

The permanent capture of Ireland would come as a boon for Hughes in the transfer market giving him another option for a loan signing this month as he reportedly sets his sights on Manchester City striker John Guidetti. Although the Potters are likely to dip into the market for some fresh blood, with a move for Wolfsburg forward Ivica Olic also rumoured, Hughes is going to have to watch his personal finances just as closely as he watches the clubs after he was hit with a £8,000 fine by the FA for improper conduct after being sent to the stands during their 5-1 pasting at the hands of Newcastle United.

Brendan Rodgers picked up a very similar fine after he criticized referee Lee Mason following the Reds 2-1 loss to Manchester City on Boxing Day when a number of controversial decisions were given against his side. Hughes, on the other hand, had a go right on the sidelines after midfielder Glenn Whelan was dismissed right before halftime as Stoke suffered their worst defeat of the year. If nothing else, at least the two will have something to discuss before kickoff on Sunday…