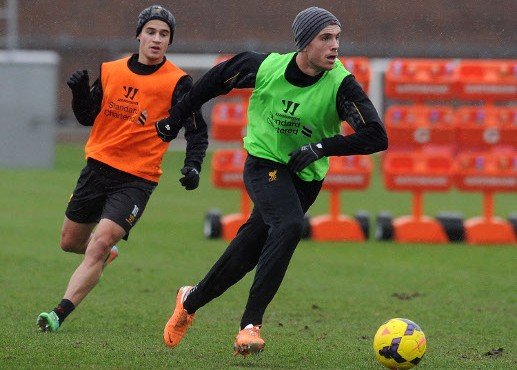 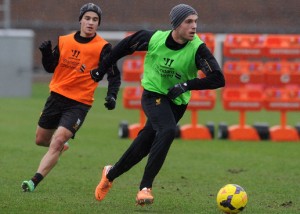 Let’s just put the transfer window behind us for a minute here; ok, missing out on two players that we were in for is disappointing and not addressing gaping holes in our squad may come back to haunt us in the very near future. With that being said, things aren’t so bad.

No matter what happens on Sunday at the Hawthorns, we can’t drop out of fourth place; following our 4-0 demolition of Everton midweek, we’ve opened a three point gap on our closest chaser and are a mere four points off of Chelsea who has the displeasure of visiting the Etihad Stadium on Monday — and we all know what happens to teams when they try to take down the Blue half of Manchester.

While Jose tries to accomplish mission impossible, Brendan Rodgers is tasked with a much more attainable goal with West Bromwich Albion standing between him and the perfect start to the month. Despite the growing injury crisis at Anfield, the Reds enjoyed a bumper January, winning three out of four Premier League fixtures and scoring 13 goals in the process. The Baggies? Well, not so much.

Following their loss in a thrilling seven goal West Midlands Derby, Pepe Mel’s side have one win in their last 13 matches, leaving them hovering a mere three points above the relegation zone. West Brom go into Sunday’s meeting with Liverpool having allowed six more goals than they’ve scored, and with problems all over the park, they’ve got little hope of taking anything away from this weekends meeting.

Their problems at the back will only be exacerbated by their continuing challenges up top — both Nicolas Anelka and Stephane Sessegnon will miss out through injury, limiting Mel’s options even more after allowing Shane Long to leave for Hull City earlier in the month. The Reds, on the other hand, haven’t had a care in the world in the goalscoring department with the pair of Luis Suarez and Daniel Sturridge netting a combined 36 between them — nine more than the Baggies have as a team.

Brendan Rodgers will welcome back midfielder Joe Allen after the Welshman missed the win over Everton on Tuesday, though Mamadou Sakho, Daniel Agger, Jose Enrique and Glen Johnson are still some ways away from fitness — though that’s little concern for the Reds boss at this point. The 2-2 draw with Aston Villa just over a fortnight ago aside, the Anfield side have been in fine form this season as the 4-1 drubbing of West Brom in the reverse fixture will testify.

The Baggies, then managed by Steve Clarke, did the double over Liverpool last season with a 3-0 win at the Hawthorns on opening day setting the tone for what was to be a disappointing first half of the season for the new Liverpool boss. The Reds have certainly turned the corner under Rodgers though and a repeat of that famous win isn’t something that’s expected at all.

Call it a hunch, but I think we’re about to see a Northern Irishman take out his transfer window frustrations on a team from the West Midlands tomorrow.

Got something to say that’s not related to the stupid transfer window? Go ahead and have a go in the comments. Wanna talk about the transfer window? Well, no one wants to hear about your old news.