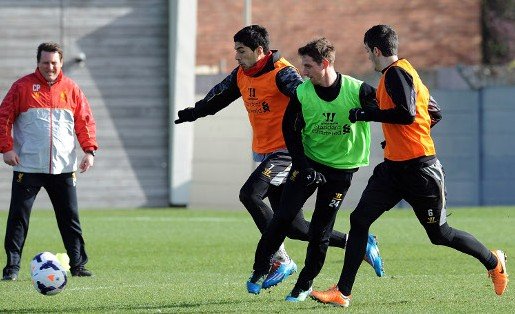 Although they’ve lost some of their early season momentum, the Argentine’s side remains one of the most entertaining, and determined, outfits in the top flight; we saw both of those qualities on show when they eked out three-points on Merseyside earlier in the year and we’re sure to see them tomorrow when Brendan Rodgers looks to build on last weekend’s win against Swansea City.

The Saints aren’t the only determined — or entertaining — side in the Premier League though; despite going into the meeting heavy favorites, the Welsh side pressed their hosts hard until Jordan Henderson completed his brace in the 74th minute to snatch a 4-3 victory. Once again, the Reds raced to an early lead with Daniel Sturridge and Henderson firing the Reds ahead in the opening 20-minutes, but a leaky defence made for some tense moments.

“We know we can score goals and if we’re not having one of our better days we have the character and resilience to keep fighting,” said the Rodgers after panning their defensive woes. “The strong part of our game came through.” Three points is three points no matter how you get them and last weekend’s win continued the Reds relentless march on a spot in next season’s Champions League. The Saints, on the other hand, didn’t show quite the same fight when they fell tamely to West Ham United.

If dropping points to a team managed by Sam Allardyce wasn’t bad enough, the previous weekend they crashed out of the FA Cup to basement dwellers Sunderland. Although they got off to a flying start through a Maya Yoshida header, first half goals from Matt Jarvis and Carlton Cole saw Pochettino’s side go into the break down by a goal before Kevin Nolan secured the points for the Happy Hammers with a close range volley past Saints ‘keeper Artur Boruc to heap a bit of misery on the South coast side.
Both Liverpool and Southampton have been having problems at the back as of late, but both could receive a big boost this weekend with players returning to the line-up. Croatian center-half Dejan Lovren, who is returning from an ankle problem, should be ready to start against the Reds after being named to the bench for the West Ham defeat and Mamadou Sakho could be available to Brendan Rodgers after returning to full training this week. The Frenchman has been out of action with a hamstring problem since the end of December and could replace Martin Skrtel in the starting eleven as Rodgers continues to tinker with the backline.

Joe Allen could return to the starting eleven after impressing against his former club last weekend with Raheem Sterling the likely candidate to drop to the bench. If there’s one thing that Southampton knows how to do – and do well – it’s press the game; the diminutive Welshman showed he has the chops to come in and take control when he settled things down against Swansea City last weekend and his inclusion from the get go could be the key to running the midfield battle.

It’s been eleven years since the Reds have won at St. Mary’s, but Rodgers has been banishing hoodoo and breaking curses all season. Winning away to Stoke City, trouncing Tottenham at White Hart Lane and obliterating Arsenal at home all played out on his watch – with the team we have, and the determination and belief running through the squad, there’s no reason why we can’t put this whole South coast nonsense behind us.

Are the Reds about to march all over the Saints? Or are we in line for some more misery on the South coast? Let us know in the comments or get social with our media – we’re on Facebook and Twitter.

2 thoughts on “We Owe You One: Southampton Preview”