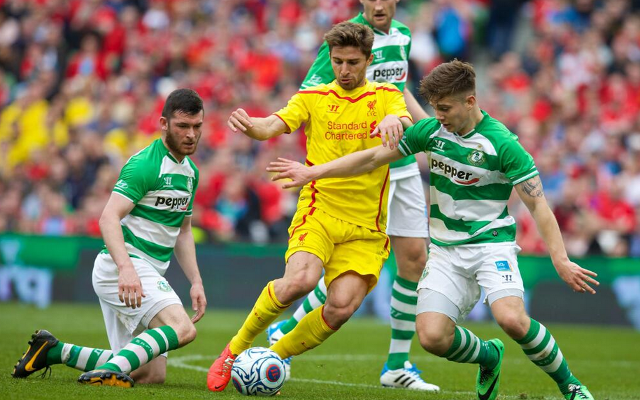 Liverpool striker Fabio Borini looked nailed on to join Sunderland on a permanent basis after spending a successful loan spell there, but reports coming out London today suggest that the Italian is in talks with Queens Park Rangers over a possible move.

Although the Reds had a fee agreed with the Black Cats, the deal has been dragged along all summer with Borini yet to agree to personal terms. It’s understood that the 23-year old prefers to leave Anfield on loan once again rather than on a permanent basis and that Sunderland is not his first choice — a decision which scuppers the £15mil deal that Liverpool CEO Ian Ayre wrangled from the Wearside outfit. There still appears to be light at the end of the tunnel though with QPR prepared to pay a significant fee to take the Italian to Loftus Road — now, will that be for a loan or a permanent transfer?

“Fabio’s situation is clear,” said Reds boss Brendan Rodgers when asked if the 23-year old would be leaving Anfield this summer. “For him, it’s best to move on and get playing regularly.” As per usual on transfer deadline day, reports on his situation are muddled at best with some media outlets reporting that the London side have tabled an offer in the region of £12mill for his services, while others are reporting that a loan deal is on the cards.

Rumour has it that Harry Redknapp is prepared to shell out £2mil to take the striker off Liverpool’s hands for the year with a view to signing him permanently should his side retain their Premier League status. Newcastle United, AC Milan and, of course, Sunderland are also keen on his services, but at this point in time the London side look to be front-runners for his signature.