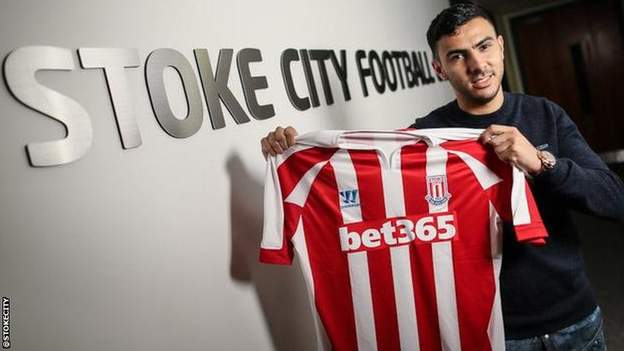 It’s going to be no surprise to you at this point considering we’ve been banging on all day about it, but Oussama Assaidi has officially rejoined Stoke City on a season long loan deal after successfully completing a medical.

The Moroccan international was one of Potters boss Mark Hughes most important transfer targets after impressing on loan at the Britannia Stadium last season. Although a deal was agreed between the two sides for a fee that could rise up to £7mil, the player was unable to agree to personal terms over the move with his wage demands said to be the spanner in the works. With neither side refusing to budge, Assaidi looked set to spend the season on the sidelines before the move was reignited earlier in the day.

With Peter Odemwingie ruled out for the remainder of the season, Hughes was left short on attacking options. Although Tottenham Hotspur outcast Aaron Lennon was mooted as a possible replacement, it’s believed Stoke were unable to negotiate a fee for the winger, leaving the Moroccan as their most viable option.

“It’s unfortunate that we look like being without Peter for a while but following his setback we felt it was important that we moved to bolster the resources at our disposal” said the Potters boss. “It’s clear from talking to Oussama that he really enjoyed his time with us last season and he’s looking forward to picking up where he left off with us.”

We’d like to wish Oussama all the best at the Britannia Stadium and hope he scores another belter against Chelsea this season — just for old times sake, of course.