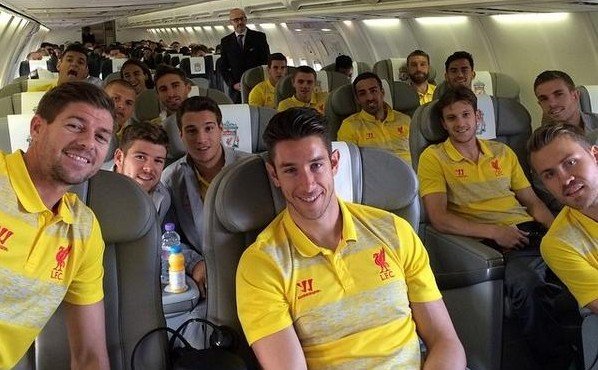 Even though FC Basel got hammered by Real Madrid in their opening Champions League fixture, that result means very little for a Liverpool side that continues to stall and stutter at every turn.

Maybe last year we’d be able to say that we’re going to take advantage of their precarious position, but with this years incarnation of the Reds looking quite different from the barnstorming side of the past season, it could very well be the Swiss taking advantage of our own on-field problems — as we’ve seen in recent weeks, there are more than enough of them go around.

Winless in their last three league matches, barely scraping by European minnows PFC Ludogrets in their return to Europe and an extremely close call against Championship outfit Middlesbrough in the Leauge Cup, Liverpool are almost unrecognizable to the intense, continually up-tempo side that finished a mere two points from eventual Premier League champions Manchester City last year. We knew it’d be a bumpy road with both an increase in matches and a host of a new players to integrate into the side throwing challenges our way, but things have been bumpier than initially expected.

The mere fact that “last year” and comparisons to it continue to dominate every narrative surrounding the Reds is worrying in itself. This years performances certainly haven’t lived up to standards, and though it’s still early days, there’s real concern starting to brew in the Liverpool support.

FC Basel, however, continue to roll right along. The embarrassing Real Madrid result aside, they continue to make headlines for all the right reasons. The Swiss champions are unbeaten in their last three matches, though a 1-1 draw with Thun at the weekend has stunted their momentum somewhat. Although success at home has been easier to come by than it has been abroad, Basel boss Paulo Sousa wants to see his side win no matter who they’re up against.

“We need to be successful domestically, but we also want to compete in European football so that we can have the likes of Real Madrid and Liverpool here on a regular basis,” said the Portuguese manager. “After that, the target is to beat them and to reach the knockout stages. If we can do that this season then great, but it is early days.”

Despite Liverpool’s well documented struggles, no one is going to be taking the visit of the 5-time European champions lightly. “We go to compete against a historic club with important players” continued Sousa when asked about facing the Reds. “We need to be perfect.” The sentiment coming out of Liverpool is much the same.

With Daniel Sturridge once again missing out through injury, Fabio Borini could find himself thrown into the thick of things in Switzerland tomorrow and the Italian striker isn’t about to downplay the threat their opponents pose. “It’s going to be a hard place to play, as Ludogorets was because we won 2-1 in the last-minute and it wasn’t easy,” the Italian striker told the clubs official website when asked about potentially facing FC Basel on Wednesday. “It’s going to be a hard game because they play football and are a good side. They have been in the Champions League for the past few years so they have experience in the competition and they can play.”

There was a lot of back slapping going on when the group was announced, but the mood is far less jubilant now. A win in Switzerland would set Liverpool up nicely for the matches to come — still, nothing is a sure thing and should the Reds not leave the continent with all three points, the bumps that we expected on the road will start to look far more like boulders.