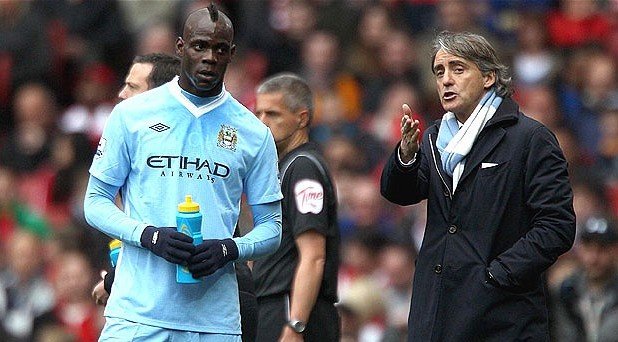 Well, it didn’t take long for that rumour to start, did it? With Roberto Mancini named the new boss of Inter Milan following the departure of Walter Mazzarri, there’s already whispering going on that a reunion with Liverpool striker Mario Balotelli, who he famously managed during his days at Manchester City, is on the horizon.

That, of course, is something that Mancini isn’t having any of — at least not quite yet anyway. “I think that Mario is going to stay at Liverpool. It is a great opportunity for him” he told the press. “He has to do his best there. He has been lucky to get back into England playing for a big club. He has to take this chance.”

That this is Balotelli’s last chance at a big club seems to be consensus all around, but the 24-year old, who has yet to find the net in the Premier League since arriving at Anfield during the summer, has struggled playing as a lone striker in Reds boss Brendan Rodgers very regimented system. Now, it appears, things are only going to get harder for the Italian.

Despite returning to the Italy setup for the first time since a disastrous World Cup exit, Balotelli, who was slated to at least be on the bench when the Azzurri face off against Croatia in a Euro-2016 qualifier tomorrow, has since returned to Merseyside after picking up a hamstring injury in training.