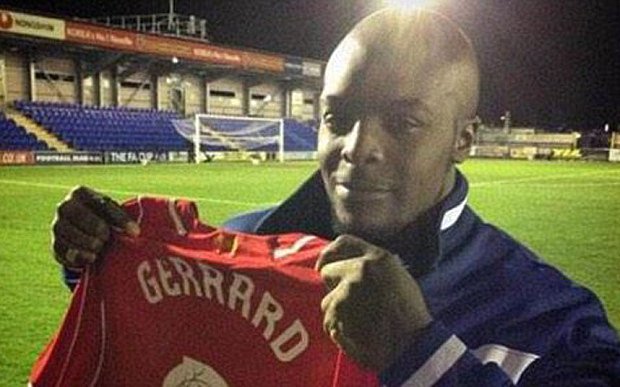 Liverpool skipper Steven Gerrard opened the scoring against AFC Wimbledon early in the first half in typical fashion, with a calm, collected finish that — even in its simplicity — bordered on the spectacular. With the lead secured, it would have been reasonable to expect that the Reds would go on to win comfortably, but when life long Reds fan and Dons striker Adebayo Akinfenwa scrambled in an equalizer before the break, it’d take another bit of magic from the skipper midway through the second to ensure safe passage to the next round of the FA Cup.

“I felt that in the first 20 minutes we gave Liverpool a bit too much respect. But then we got into the game, got the equaliser and then I felt that we found our feet. But when you’ve got somebody like Steven Gerrard on the pitch, he was the difference. He was magical, scoring two goals” reflected the Wimbledon striker in a post match interview. “For myself, it’s a good night. We’re disappointed with the result, but it was a good night. You take the positives out of life and we can take the positives that we gave Liverpool a game and they knew they were in a game.”

Akinfenwa, who has been a Kopite since he was a child, went on to confirm that he and a number of other Wimbledon players swapped shirts and had pictures taken with the Reds after the match. Although he was left disappointed that the Dons won’t be moving on to the fourth round, the 32-year old made no secret of who he wants to see win it all.

“100%. I heard today that the final falls on his birthday. Liverpool better go on and win it now. I want to be able to say that we lost to the team that won the FA Cup” said the big man when asked if he’d like to see the Reds skipper lift the trophy in May. “Brendan Rodgers and the rest of the Liverpool players, you better go on and win this FA Cup. I’m a supporter of Liverpool, it was just today that I wanted to beat them.”

One thought on “VIDEO: Adebayo Akinfenwa Encourages the Reds to Win the FA Cup”