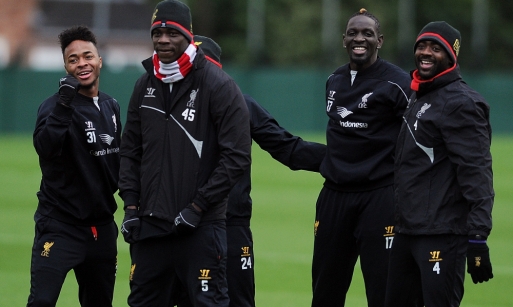 Although rumours continue to swirl around the future of out of favour Liverpool striker Mario Balotelli, despite apparent interest from a number of sides, the players agent has called for his client to be given more time to prove himself a success on Merseyside.

“[Baotelli] has a contract with Liverpool and can’t really be offered to other clubs. He chose to leave Italy and was aware of what he was leaving; he hasn’t had the success he was hoping for, but he still needs time” said super-agent Mino Raiola when asked about what the future holds for the 24-year old. “Juventus have denied their interest in him, and I have had absolutely no contact with Inter [Milan], so that’s the current situation now.”

Since returning from an injury and a one match ban for an offensive social media post, the Italian striker has found his chances limited at Liverpool with Reds boss Brendan Rodgers opting to bring the struggling attacker on as either a sub, or leave him out of the squad completely. While the club continue to insist that Balotelli remains in the Northern Irishman’s plans, should they choose to recall Divock Origi early from his loan at French side Lille, a striker may need to make way.

Greek side Olympiakos are rumoured to have an interest in taking him on loan — and that’s looking like his best option at the moment with Serie A giants Juventus distancing themselves from speculation linking them with a move for the 24-year old. “I think this is a made up story,” said Bianconeri boss Massimiliano Allegri, who worked with the player during his time at AC Milan. “Balotelli has done very well with me but he belongs to Liverpool and he is not a player that can arrive at Juventus.”