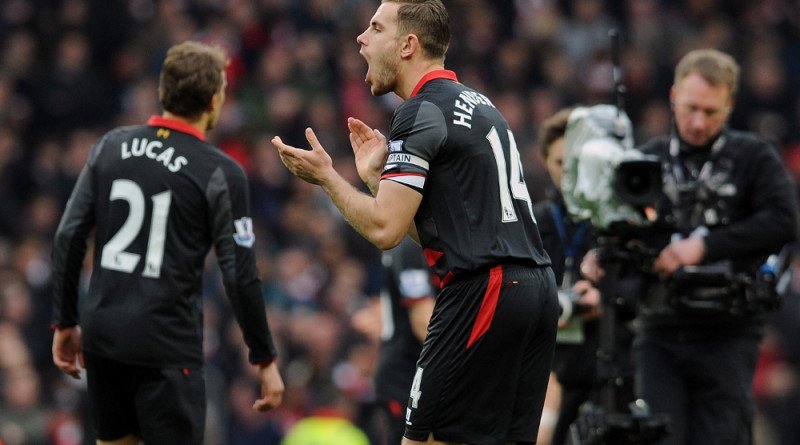 Liverpool boss Brendan Rodgers may have all but ruled the Reds out of securing Champions League football for next season following yesterday’s thrashing at the hands of Arsenal, but captain elect Jordan Henderson isn’t giving up the chase quite so easily.

“We knew it was going to be difficult to finish in the top four even before we came here, but it makes it even more difficult. That doesn’t mean we’ll just give up,” explained the 24-year old in the wake of the 4-1 loss at the Emirates Stadium. “We’ve got seven games left now and we need to try and win every one. If we do that, then you never know. Blackburn is another big game for us straightaway. We’ve got to recover well, learn from this one and move on and try to get a big win on Wednesday.”

While that may sound like some placating nonsense, Liverpool do have an outside chance of qualifying for Europe’s most prestigious club competition for a second year on the bounce if they can get more than a little bit of luck on their side. With only Chelsea left to play out of the current top four sides, the Anfield outfit have what could be a described as an “easier” run in than a few of their rivals, but Henderson isn’t blind and he knows that the side not only need a streak of good fortune, but they have to up their game all over the pitch as well.

“We didn’t start that well and Arsenal started really well. They put us under pressure early on. But then we got through the moments where they had their chances. I felt that once we did get through that, we started passing the ball better and getting higher up the pitch and had some really good chances to go ahead,” he told the official website. “But we went in at half-time 3-0 down. To concede three goals in such a short space of time is not good enough. Our one v one defending needs to be better. I’m sure we’ll work on that in training. We’ve just got to be a little bit more aggressive, defensively, and then also in the final third, be more ruthless.”