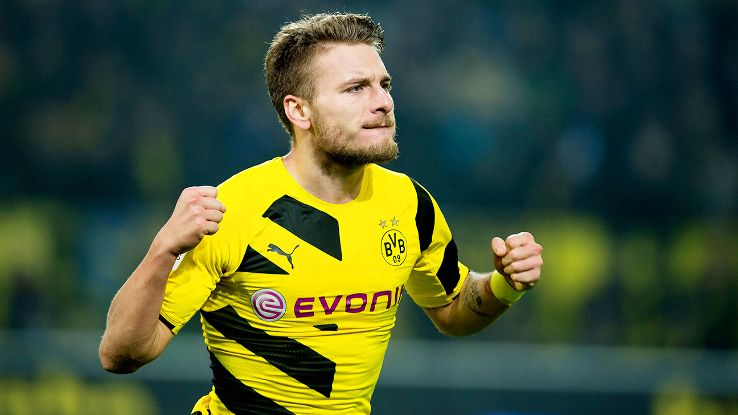 With the season inching closer to its conclusion, the rumour mill has been relentlessly linking Liverpool to a number of players. Yesterday, it was PSV Eindhoven attacker Memphis Depay that the Anfield outfit were angling for and today it’s Borussia Dortmund man Ciro Immobile with the Reds rumoured to be in talks with the German club.

The 25-year old, who only just moved to the Westfalenstadion in a big money move from Serie A outfit Torino last summer, has struggled to reproduce the kind of form in the Bundesliga that made him such a hot commodity in his native Italy. With only 9-goals in all competitions to his name this season paling in comparison to the 22 strikes he notched in the notoriously stingy Italian league, Dortmund are apparently ready to cut their losses on the pacey, hard working forward with Liverpool rumoured to be already there to pick up the pieces.

According to a number of sources — quoting no one and without any real concrete information — the Reds have already inquired to Borussia’s sporting director Michael Zorc on Immobile’s availability and what exactly he would cost. Most media outlets are placing his price-tag somewhere in the region of £17mil for the Italian strikers services, but that could vary on a number of factors.

With the high profile departure of influential manager Jurgen Klopp at the end of the season, pundits and journalists alike are hinting that the German club could see an exodus this summer. With Champions League football off the table following a disappointing campaign, a number of players could be considering their options, but with Liverpool unlikely to have top-level European football on offer, they may have to go above and beyond what would normally be expected of a top level club to attract talent of Immobile’s reputation.