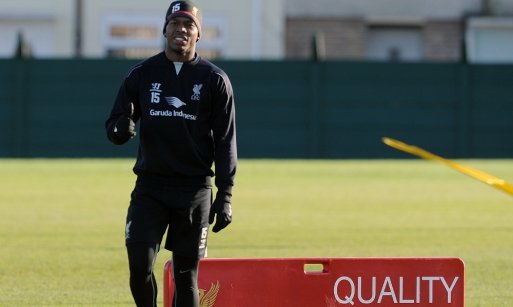 Yesterday morning we learned that Liverpool fullback Jon Flanagan will be on the sidelines for another six to nine months after going under the knife for the third time this season, and late last night news came in that Daniel Sturridge may follow suit as the club looks to correct an ongoing hip problem.

The 25-year old has spent the vast majority of the season sitting on the sidelines with various muscle injuries keeping the striker in the stands and off the pitch. After a short lived return to the starting eleven, Sturridge picked up a hip injury in the loss to Manchester United at the end of March and has featured only twice since then with boss Brendan Rodgers fearing that he won’t feature again until the club’s pre-season tour of Australia and the Far East this summer.

With that possibility looking more like reality, the club has sent the striker back to Boston where he spent some time recuperating over the winter to meet with Dr Peter Asnis, an orthopaedic surgeon well known to the Boston Red Sox. The baseball team, who are also owned by Reds parent company Fenway Sports Group, have worked with the specialist a number of times in the past.

After scoring a Kop full of goals last season, the Anfield outfit have faltered in front of the net this year and their point tally reflects just that. Liverpool look likely to miss out on Champions League qualification this season after a slow start to the campaign put them behind the kosh from the word go. Rodgers has made bringing in one or two marquee signings this summer his priority as the Northern Irishman looks to make up for the goals that went out the door when the club sold Luis Suarez to Barcelona following the World Cup — considering Sturridge’s man of glass reputation, that’s not a bad idea at all.

More on this if and when the club give us an update.