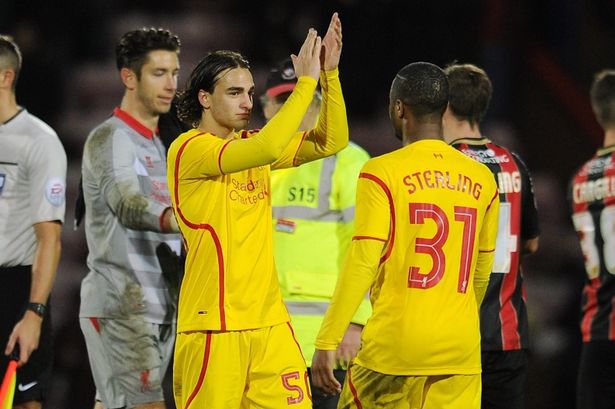 Although either side are yet to comment officially, reports in the Portuguese press earlier today have sprung up linking Primeira Liga winners Benfica with former player and current Liverpool misfit Lazar Markovic.

The 21-year old struggled to hold down a regular place at Anfield last season as the Reds plodded to a disappointing sixth place finish in the league. Arriving under high expectations and with a staggering £20mil price-tag around his neck, he looked to be short on confidence having been consistently played out of position. Liverpool boss Brendan Rodgers did the youngster no favours, routinely giving him the hook early or subbing him on too late in the game to truly make an impact on proceedings.

While that’s a pretty regular criticism of the Northern Irishman that relates to more players than just the young Serb, it’s pretty safe to say that we haven’t seen the best out of him in the famous red shirt — and there’s now a possibility that we won’t.

Although Rodgers has had nothing but positive things to say about Markovic, questions hang over his head as to whether or not he can hack it in England. Making 19-league appearances, completing 90-minutes on only 3 occasions, he managed to find the net in 2-matches and pitched in with only a single assist throughout the course of the season. Well respected Portuguese media outlet A Bola are reporting that Benfica are considering making a move for their former charge, but it’s understood that a permanent move may be hard to come by considering what Liverpool shelled out for him. A season long loan may be on the cards for the youngster if the Reds think he’d be better suited continuing his development elsewhere, but at this point, maybe giving him a chance to do what he does best during pre-season before making a hasty decision would be the better option.