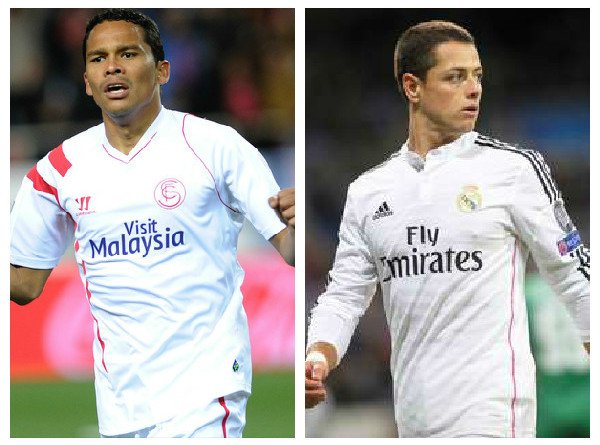 Although Liverpool were apparently short-listed by in-demand Carlos Bacca as on his ideal teams to play for, it looks like the influential Colombian striker will be plying his trade in Italy next year with his agent Sergio Barila confirming that he’s agreed to terms with AC Milan.

“I can confirm that Milan and the player have reached an agreement,” he told Milan News, effectively ending weeks of speculation over where he’ll be playing next season. “Carlos has chosen the best for his future, it is normal to be happy,” continued Barila, but he offered up a surprising lack of details when pressed on the specifics. “The agreement is for how many years? You are best asking the Rossoneri.”

With the Anfield outfit still in the market for a striker, Aston Villa hit-man Christian Benteke is thought to still be Reds boss Brendan Rodgers first choice, but without Bacca as a well priced, comparable alternative, unfounded reports in the media are suggesting that the club could move for out of favour Manchester United forward Javier Hernandez with the Mexican looking surplus to requirements at Old Trafford.

This is almost certainly the product over an over imaginative journalist, but at this time of the year and considering Liverpool’s recent record in the market, it’s hard to say for sure. The 27-year old, who failed to impress during a season long loan to Spanish juggernauts Real Madrid last season, is almost certain to leave the Red Devils this summer as boss Louis van Gaal looks to reshape his squad into one that can challenge for the title, but certainly the Dutchman wouldn’t consider letting him move to Anfield, would he?