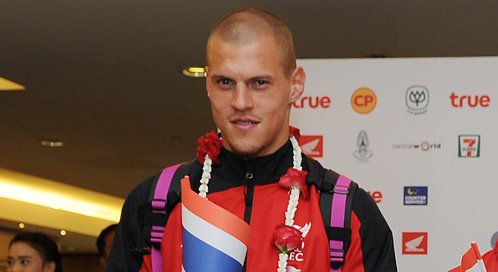 Following matches in Australia and the Far East, Liverpool will visit Finland on Saturday for their final pre-season outing before kicking off the new season against Stoke City on the 9th of August. Although Reds defender Martin Skrtel won’t be heading to the Potteries with the fondest memories of his last outing at the Britannia Stadium, he is looking forward to his visit to the Finnish capital.

“I have been there two or three times. The last time I was in Helsinki was, I think, three years ago when I went to see the Slovakian ice hockey team. We won the silver medal so I have good memories and we have a lot of fans over there so it should be an interesting game as well,” he told the club’s official website. “We know we have a lot of fans there so it is similar to going to Asia. We want to go there so they can see us play. It’ll be a nice experience and it’s the last game before the season starts so it’ll be very good for us,” continued the big Slovakian. “That game will be very important because it’s one week before the season starts so it’s very important to get a result and get confidence up.”

The Anfield outfit have had a busy pre-season thus far, but with a number of new recruits — including big money signings Christian Benteke and Roberto Firmino — sitting out the tour and training back at Melwood, questions remain whether or not they’ll be ready for prime-time and properly integrated into the squad before the new campaign gets under way. Along with that, the quality of opposition the Reds have faced has been a source of contention with Reds legend Mark Lawrenson worrying that the lack of a real challenge won’t be doing them any favours.

“The single aim during pre-season, though, is being ready for the big Premier League kick-off. And I’m a little concerned Liverpool could be undercooked going into the new campaign,” he wrote in the Liverpool ECHO. “We haven’t really faced any opposition of note yet, and the scheduled remaining friendly matches don’t look capable of changing that,” he continued before pointing out that knocking over tomato cans and going toe-to-toe with the Potters will be two entirely different things. “I worry one or two players will have strolled through pre-season, then be alarmed as soon as the real stuff starts. Yes, I know all about the importance of fitness and the sports science bods are all no doubt ticking off the boxes to say our players are ready. It’s totally different, though, when somebody is trying to kick seven shades of you-know-what out of you.”