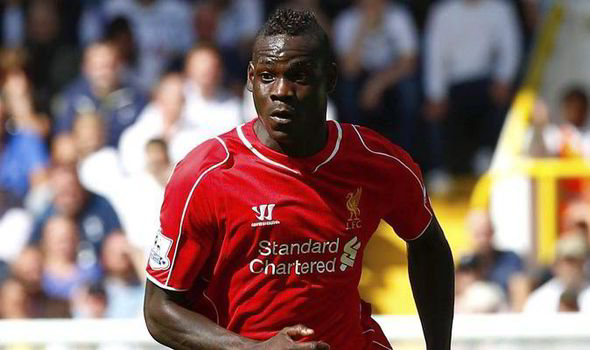 Despite the various comings and goings at Liverpool over what has been a very busy summer, Reds misfit Mario Balotelli looks no closer to leaving Merseyside with a whole lot of chatter surrounding the 24-year old, but nothing in the way of action surfacing as of yet.

The struggling striker has been linked with a host of Italian clubs with a return to Serie A looking the most likely escape route for the controversial hit-man, but his transfer fee and wages remain a big barrier to any deal being completed. Sampdoria president Massimo Ferrero, who has expressed his desire to bring Balotelli back to Italy on more than one occasion, told the press last week that Liverpool would have to give him a discount on the rumoured £7mil price-tag they’ve attached to him — something that’s raised a considerable amount of ire with Balotelli’s agent Mino Raiola.

“How did this story come about?” he asked Italian media outlet Il Secolo XIX. “Just ask President Ferrero. If you ask for a discount, it means that you already know how this story will end,” continued Raiola before stamping all over the Genoese outfit.”There is in no way Balotelli is going to Sampdoria.”

With veteran striker Mario Gomez set to spend the season on loan with Turkish side Besiktas, Fiorentina is another side that have batted Balotelli’s name around on occasion, and though they’ve confirmed that there’s nothing in the works as of yet, the Viola have refused to rule out making a move before the transfer window closes at the end of August.

“We’re not negotiating for him,” Fiorentina president Andrea Della Valle said when asked rumours linking them with Balotelli. “He’s not part of our project, even if there is no doubting he’s got the characteristics. As things stand today, though, there is nothing to it; there are no negotiations,” he continued before slyly adding, “The transfer market is open until [Aug.] 31 so you’ll have to wait and see.”