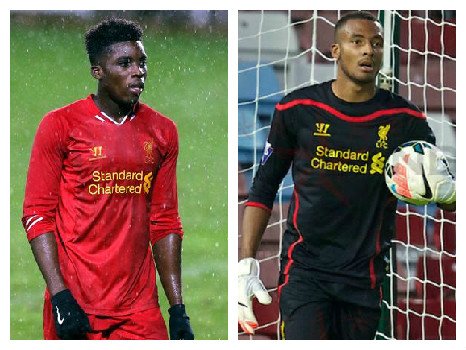 With less than a month left in the transfer window, Liverpool have been busy shifting youngsters out the door with the Reds keen to keep their development on track. Sheyi Ojo, who scored the winner as the Anfield outfit ran out winners over League one side Swindon Town on Sunday, has been loaned out to Championship promotion contenders Wolverhampton Wanderers and the 18-year old couldn’t be more pleased.

“It’s a great feeling. I’m looking forward to the upcoming season. Hopefully we can have a good year and push for promotion,” he told Wolves official website after the deal was confirmed. “It’s a really good club, it’s got great facilities. All of the players are nice, they have welcomed me to the club, and the staff are brilliant as well,” continued Ojo. “Everything’s going well, I’m just looking forward to starting the season at the weekend.”

While we await the news that highly rated midfielder Ryan Kent has also been loaned out with MK Dons looking his likely destination, we can confirm that Reds ‘keeper Lawrence Vigouroux has joined Swindon Town for the season after impressing on trial with the club.

“Swindon’s a great club. You saw that by the fans yesterday. It’s a good place for me to play football because they like to play football,” enthused the 21-year old. “I know quite a few of the lads – they remembered me from Spurs and I’ve also got Jordan Williams and Kevin Stewart here – Kev keeps saying I’m following him around everywhere but that’s football. I’ve just got to get my head down and try and impress everyone,” he told the Robin’s official site. “I thought I did well last season and hopefully I’ll kick on again this season at Swindon. I need some games out in the real world – that’s what I need to do and I’m happy to do it.”