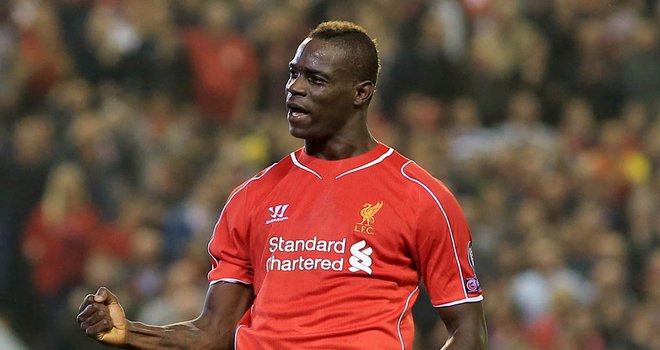 There’s no question that the gamble Liverpool took in signing controversial striker Mario Balotelli last summer hasn’t exactly worked out in their favour. Taking a pay-cut to return to the Premier League, the 24-year old saw a series of monetary perks and behaviour related clauses worked in to his contract to supplement his basic £80,000-a-week wage packet and despite not being in boss Brendan Rodgers plans for the coming season, he could be in line for a six figure loyalty bonus should be remain at the club after the transfer window has closed.

With a whole flock of lower end clubs from Serie A interested in his services, the Reds are hoping to get shot of Balotelli long before they’ll have to make good on those promises — something that would  be just as good as  good for the club as hitting the jackpot over at Crystal Palace F.C sponsor casino.com would be for you. Now, whether or not they’ll be able to convince someone to take him off their hands before it’s time to fork out is a completely different story; it’s not like he’s been in the best form as of late.

Scoring only a single goal in sixteen Premier League appearances for Liverpool last season after arriving from AC Milan in the closing days of the transfer window, the Italian striker has not only struggled to adapt to the kind of football Rodgers is looking to play, but to readjust to the physicality and pace of English football. Banished to train with the kids now that pre-season is over and the Reds have returned to Melwood full time, recent rumours of training ground shenanigans and an overall poor attitude comes as no surprise whatsoever with his substantial reputation proceeding him, but Balotelli has retained a few supporters despite all that.

“I think he’s unfairly maligned. He’s a very relaxed guy – he never bothers anyone. He could be a great striker: he’s got the tools,” Liverpool defender Alberto Moreno told Spanish media outlet Marca in a recent interview. “Things haven’t gone well for him here. He’s really struggled to score goals. ‘This had never happened to me before,’ he told me,” continued Moreno, clearly understanding of his teammates plight. “I wish him the best if he ends up leaving because he’s a great lad.”

Serie A side Sampdoria have shown the most interest in taking Balotelli back to his homeland with president Massimo Ferrero reportedly making official contact with his agent yesterday to inquire about a taking the misfiring striker on a season long loan, but the massive wages of the 24-year old remain a serious stumbling block for the Genoese outfit. Mino Raiola, who represents Balotelli, has already brushed aside suggestions that his client could be on his way to the Stadio Luigi Ferraris after Ferrero asked for the Liverpool player to be let go at a discount, but still the rumour persists. With the transfer window set to close in just over two weeks time, they’re going to have to make up their mind sooner rather than later…