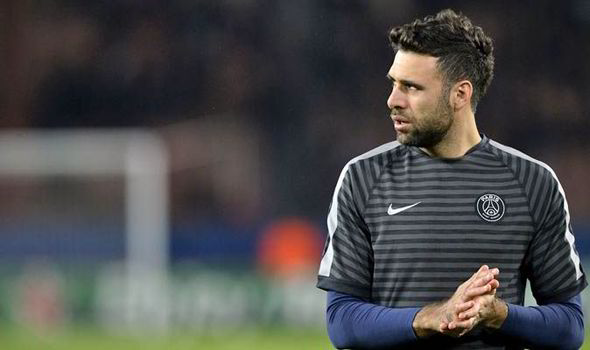 With long serving Liverpool midfielder Lucas reportedly heading for the door, the Reds have been widely tipped to make a move for out of favour Real Madrid man Asier Illarramendi before the transfer window closes, but there’s a few other names that have popped up as potential replacements as of late with Paris St. Germain man Thiago Motta one that has ears perked up.

“I know my importance in the team, but the club don’t think like that,” explained the Italian international when asked about PSG president Nasser Al-Khelaifi’s remarks that he wasn’t going to sell the 32-year old. “I respect what the president has said, even if I don’t agree with him,” continued Motta, before throwing a substantial amount of fuel on an already raging fire, “The transfer window is open. We’re going to see – I’m open to every situation.”

While a deal for the 32-year old seems unlikely with former club Atletico Madrid seemingly his preferred destination, Reds boss Brendan Rodgers — thought to be an admirer of his considerable talents — could be tempted to have a pop anyway with the Italian’s recent comments doing nothing to discourage interest in the veteran midfield man.

“We have to find an agreement for the good of the club,” said Motta. “The important thing is not me, the hierarchy, or the players. The important thing is the club,” he added, before clarifying that the club wasn’t the only thing on his mind. “I don’t like to speak like that – I always talk about the team. But now we have a situation where I have to think about myself.”