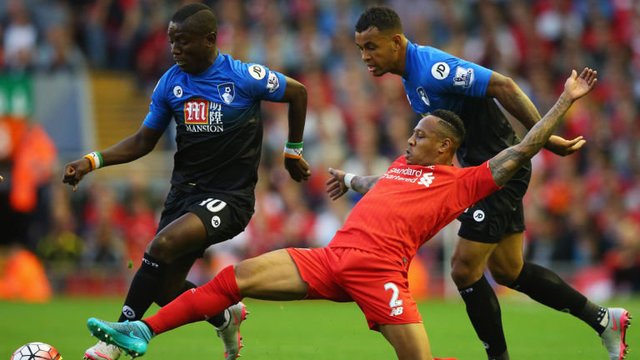 As one of the stand-out performers in both of Liverpool’s first two matches of the season, defender Nathaniel Clyne looks to be settling well into life on Merseyside. With a busy season ahead of them, the Reds will do well to keep the pace in the table as they look to secure a return to the Champions League — a target that the ex-Southampton man believes can be built on defensive stability.

“We’re involved in a lot of competitions. We’ve got Europe, the FA Cup and the Premier League,” he told Sky Sports News HQ. “We are going to try to go into those games looking to win every single one of them. The aim is top four or anything higher. We’ve done a lot of work on the training field and organisation,” explained the 24-year old. “Everyone knows their roles and their jobs. We’ve also the hunger to defend and try to keep the ball out the net. That’s the main thing really.”

Although the season is still young, the Reds have thus far managed to do just that, picking up maximum points in their first two outings without giving up a single goal. They’ll do well to keep that run going when they square off against Arsenal at the Emirates Stadium on Monday with the Gunners putting four goals past them the last time they came to town. There were four different players on the scoresheet that day, but Clyne has picked out one in particular that’s going to worry backlines both in the Premier League and Europe this coming season — one time Reds target Alexis Sanchez.

“You look at all his movements, how he picks up the ball and receives it and how he takes on players and whether he comes inside or outside,” he said of the Chilean attacker with an obvious sense of respect for his skills. “He’s a great player and he works hard so we’re going to have to do a good job in stopping him.”