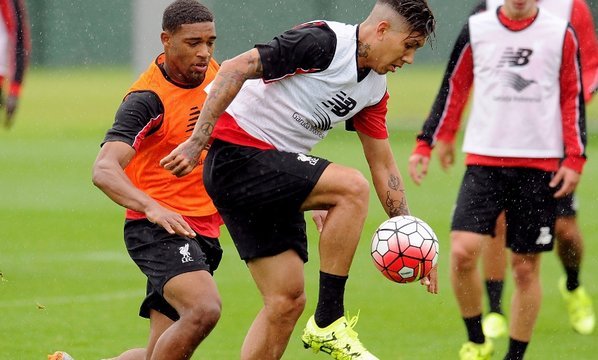 If encounters between the traditional top sides in the Premier League have been all hype with no delivery over the past couple of years with managers showing no desire to win for fear of losing, Liverpool’s meetings with Arsenal have been the obvious exception to that increasingly tired trend.

Peppered 5-1 when they visited Anfield two seasons ago, the Gunners responded in kind when the Northerners travelled to the Emirates Stadium last year with a 4-1 thumping doled out to ease the pain still resonating from the previous campaign. Unfortunately, that wasn’t the low point of the Merseysider’s season with an even bigger hammering at the hands of Stoke City handed out on the final day, but Brendan Rodgers men have since pushed past that with narrow win over the Potters on the opening day — something they’ll look to emulate when they visit North London tomorrow.

When the Reds have kicked-off the work week, they’ve done it right, winning their last four matches on Monday night with their most recent being a controversial result against newly promoted AFC Bournemouth last week. Christian Benteke, who, barring injury, will retain his place in the starting eleven, opened his account in style with a poacher’s finish, but the Premier League has since admitted that it should have been ruled out with Philippe Coutinho attempting to play the ball from an offside position seconds before the Belgian poked it past Cherries ‘keeper Artur Boruc.

That, of course, is neither here nor there with the three points in the bag and the South Coast side sent packing and feeling hard done by — which is completely understandable considering the circumstances. With that being said, despite turning up the heat in the second half, they, much like Stoke City, created little by way of real threat with Liverpool allowing only three shots on target during their first two matches.

Even though the Anfield outfit have looked far more defensively sound during these early wins, there’s little indication that they’ll be able to contain Arsenal in the same way that they’ve done their previous, less prolific opponents. The Gunners came up short on opening day to West Ham United, but they showed their resolve the following weekend with a convincing win over fellow capital dwellers Crystal Palace. There were four separate names on the score-sheet when the Reds last visited this particular part of North London and they’re likely to come up against each of them again tomorrow with Arsene Wenger’s side vastly unchanged despite the multitude of business done by Premier League clubs over the summer.

Olivier Giroud, who capped off the scoring last season with an effort that was equal parts grace and power, will make his 100th appearance for the Gunners if, as expected, he’s called upon on Monday while fullback Hector Bellerin, midfielder Mesut Ozil and attacker Alexis Sanchez are expected to join the Frenchman in the Arsenal side. While the Gunners are almost certain to do some business before the transfer window closes at the end of the month, the addition of former Chelsea ‘keeper Petr Cech earlier in the summer may prove to be the most important bit of business with the Czech shot-stopper tipped to be the final piece of Wenger’s defensive puzzle.

While there’s little question that the 33-year will have an impact at the Emirates, he’s looked a tad rusty since moving across town — something that the visitors will look to exploit at every possible instance. Benteke and Coutinho have been the Reds main threats this season, but there are suggestions that Roberto Firmino could make his first competitive start for the Anfield outfit since moving from German side Hoffenheim this summer. The Brazilian looked short of fitness and lacking in his normal intensity against Bournemouth last Monday, but a week at Melwood can make a massive difference, not to mention the chance to perform on the big stage an extra motivating factor that can’t be quantified.

Rodgers admitted in his pre-match interview that captain Jordan Henderson was being assessed day by day with an ongoing foot problem leading to an early substitution against the Cherries. Emre Can, who saw his first red card of his professional career in this fixture last season, could be drafted in to replace the skipper with his spot beside ex-Manchester City man James Milner needing to be filled. Even though Simon Mignolet looks like a completely different ‘keeper to the one that conceded four goals in his last visit to the Emirates, the midfield’s ability to protect the backline will be paramount to their success. That being said, Arsenal could very well need protection from Liverpool’s defence with veteran center-back Martin Skrtel bagging three goals in his last two meeting with the Gunners.

While it’d be nice to see the Slovakian keep his impressive run going, the Reds will take goals wherever they can get them. They may have been water-tight at the back since the season kicked off, but they haven’t exactly been prolific in front of the net, scoring only once in each match. If the historical trend continues goals will be easy to come by on Monday, but if you’re in the away section, you can only hope it won’t be a repeat of what we saw last time — it’s our turn to run riot.