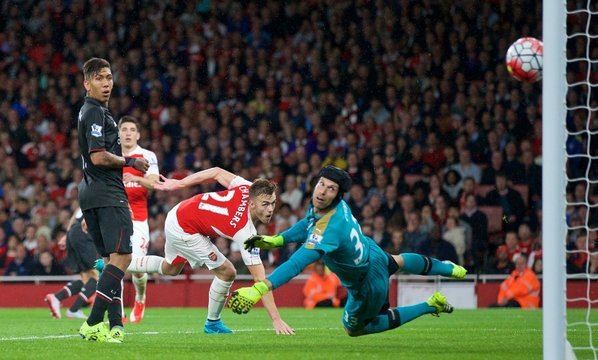 On the back of last season’s trip to the Emirates Stadium, a point and a clean sheet is absolutely nothing to sniff at — even if we showed in attack throughout the first half and at the back during the second that we’re quite a bit better than the result suggests. Really, both sides were.

Unsurprisingly, considering the nature of this fixture, there was fire right away. In my match preview I said that most meetings between what are considered to be the top clubs in the Premier League have failed to live up to the hype with managers more concerning themselves more with not losing rather than doing everything to win, but when Christian Benteke shot wide from a good position and Philippe Coutinho hit the bar after linking up well with the Belgian all within the first two minutes of kick-off, it was obvious that these two sides were once again going to buck the trend.

Considering the gulf the chances that both sides would have throughout the 90-minutes, it baffles the mind that this one ended scoreless. With the Reds looking dangerous right off the hop, Arsenal needed to respond in kind — and they did just that with Alexis Sanchez nodding just over the bar mere moments before Aaron Ramsey picked up a defense splitting pass from Santi Carzola, but saw his precise effort ruled out for offside when the call was, in reality, far too close not to give the Welshman the benefit of the doubt.

A let off for Liverpool? Certainly, but the Gunners would be worthy recipients of a similar bit of 50-50 refereeing when Callum Chambers was forced into a poor pass by Benteke and the ball landed straight on the boots of Coutinho. In the area, nothing but a perfect tackle would do, but Francis Coquelin’s looked far from it as he pinched the it off the on-rushing Brazilian, sending him tumbling in the process.

That wouldn’t be the first time that Chambers, partnering Gabriel Paulista in the heart of the Arsenal defence with the usual suspects sidelined, would give the ball away cheaply or the only instance that the Frenchman got away with a tackle that Vinnie Jones would make a Vine out of; but, as usual, I digress. With both teams looking shaky at the back and encouraging going forward, it would be the visitors that would stick a cork in their defensive problems and the hosts who’d start to stutter in the final third as Liverpool wrestled control of proceedings. 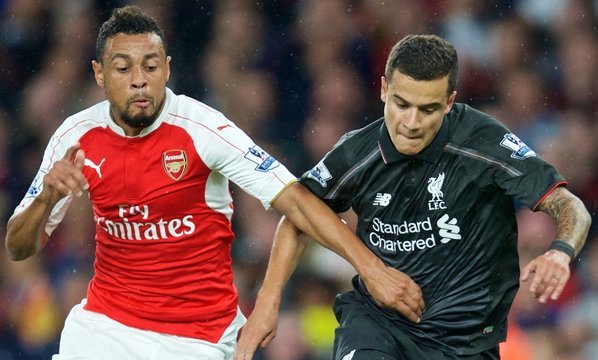 Lucas, drafted back into the side in the absence of injured captain Jordan Henderson, gave the Anfield outfit a springboard to work off and they took full advantage as the half-time approached. Benteke saw his charge on goal — showing full well that he can play with the ball at his feet — stopped short by Coquelin before the big man combined well with compatriots Roberto Firmino and Coutinho that somehow ended with the former’s low cross and the Belgian’s precise finish being stopped by Arsenal ‘keeper Petr Cech.

The former Chelsea man would do it again before the half was out when Coutinho left Hector Bellerin for dead before firing in the kind of shot that Match of the Day leads off with only to have the Czech goalkeeper get the faintest of touches on it before the ball thudded agonizingly off the post.

With Liverpool’s foot forcibly taken off the gas, the second half started and ended far more kind to the hosts. Sanchez, ever industrious, has quite often been at the center of anything positive for the Gunners, but the Chilean would be left to rue his finishing when he got on the end of a Olivier Giroud knock-on only to see his off-balance finish smack off the outside of the woodwork. The Frenchman would be on the receiving end a few minutes later, only a half-step away from turning in an inviting low cross before he’d see Simon Mignolet somehow keep out his effort from a mere 10-yards after Ramsey found him in space. 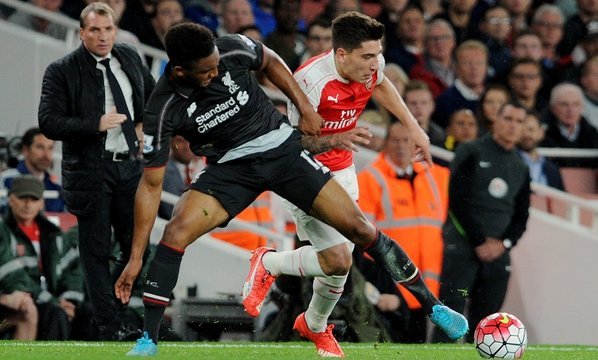 The Belgian ‘keeper had to be alert again when the Welshman tried to curl one past him as time ticked down, but he’d be equal to the effort. Minutes before, Joe Gomez, who did fantastically well for an 18-year old being played out of position, went on a storming run up the pitch after expertly intercepting a tame cross and Alberto Moreno, called into action for Coutinho with only minutes left to play, would emulate the young Englishman with a mad dash of his own, only to have his chance to find either Benteke or the on-rushing Emre Can plugged up as his opportunity to have a crack himself dried up in kind.

That, usually, would be a good metaphor to sum up a goalless outing, but as you well know, this wasn’t your typical dire draw; with that out-of-the-way, neither side will be completely happy with it with the abundant amount of chances on offer begging for someone — anyone! — to finish them. While I’m not about to speak for Arsenal, from a Liverpool perspective, a point at the Emirates serves to reinforce what the more positive among us have tried to tell the rest all along — this is a team with great promise that’s both evolving and gelling quickly.

The age old “new faces need time to settle” is no longer a deflection following a poor performance, but a righteous truth in light of encouraging displays from the likes of Benteke, Firmino, the increasingly excellent Nathaniel Clyne and young Gomez. Am I disappointed? More than I should be. Am I worried? Not at this stage, no. Pulling a point from a match that you could have won just as easily as you could have lost isn’t always a bad thing.

Don’t believe it? Watch this one from last season and get back to me.

3 thoughts on “Arsenal (0) Liverpool (0): Both Sides Quite a Bit Better Than the Result”