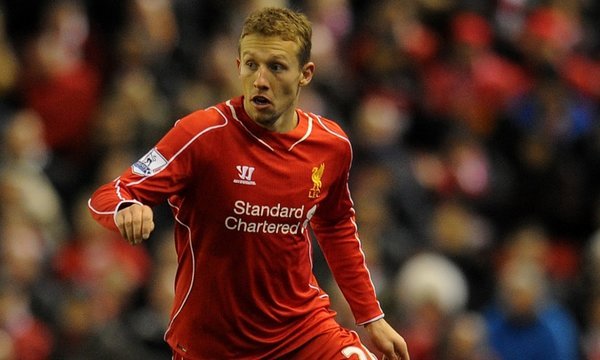 Despite heavy speculation linking him with a move away from Anfield before the transfer window closes on Tuesday, it looks like Reds midfielder Lucas Leiva will be staying with Liverpool until at least January with the Brazilian coming in for some praise from boss Brendan Rodgers following the scoreless draw with Arsenal earlier in the week.

“Lucas is our best defensive midfield player,” said the Northern Irishman after his side kept their third consecutive clean sheet of the campaign on Monday night. “There are games where I play three midfield players but not always with a defensive specific one, but when we do need that, he is the best one we have,” enthused Rodgers, before adding, “He’s certainly very important to what we want to do.”

That, of course, stands in sharp contrast to earlier reports of a falling out between the two. Dropped for the first two matches of the season and apparently feuding over his playing time, Lucas looked set for a move to Turkish side Besiktas with the Black Eagles confirming earlier in the month that not only were talks progressing between the two sides, but that a season long loan deal would be confirmed in 48-hours. Obviously, that hasn’t come to fruition — much to the dismay of Fikret Orman.

“Liverpool do not want him to go,” the Besiktas president was quoted as saying in the Liverpool ECHO, pretty much confirming rumours that the club had made a U-turn over their decision to allow the 28-year old to leave. “The transfer can only go ahead with their say so there is nothing we can do right now.”