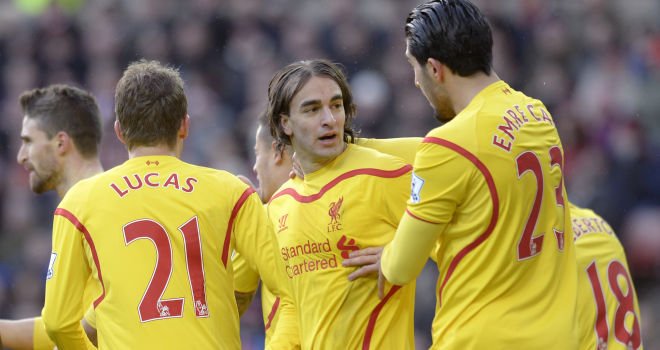 With the end of the transfer window clearly in our sights, clubs across Europe are starting to finish up their last minute business and Liverpool is certainly no exception. Yesterday, the club confirmed that Reds striker Mario Balotelli would be spending the season on loan with AC Milan and shortly we’re expected to hear that winger Lazar Markovic will be doing the same with Turkish club Fenerbahce.

The Serbian attacker, brought in for £20mil last summer from Portuguese club Benfica, arrived with a swirl of expectation around him, but rarely lived up to the hype during a quiet first season at Anfield. In spite of that, the club still believes that the 21-year old has what it takes to make it in the Premier League and the hope is that a season away on loan will see him play more football and further develop his skills.

Although nothing has been confirmed as of yet, according to a number of reputable media outlets, there will be no clause included in the loan deal that will allow Fenerbahce to sign Markovic on a permanent basis at the end of the season — this is strictly a move based on getting him first team football.

Markovic isn’t the only one expected to leave Anfield before the transfer window is up with Italian striker Fabio Borini, a reported target for both Serie A club Lazio and Premier League strugglers Sunderland, and Spanish defender Jose Enrique, who has said he’d be happy to stay and fight for his place in the squad despite being “alienated” by Rodgers, still likely to depart.

More on this as the window inches closed…