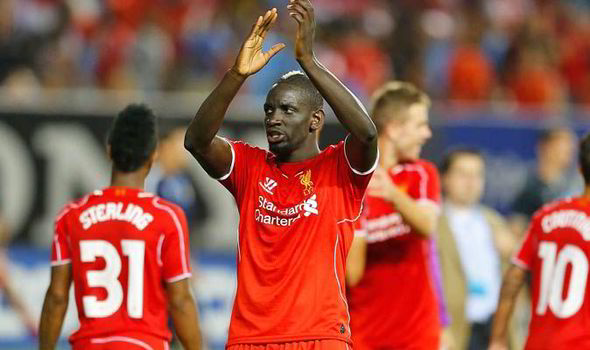 With the upcoming international break set to disrupt the early days of leagues across Europe, there have been a few squad selection surprises thrown-up as players are called up or left out, by their respective countries.

The news that Philippe Coutinho, who was initially left out of the Brazil squad only to earn a recall on the back of injuries to Chelsea midfielders Oscar and Ramires, came as a shock to Liverpool supporters around the world with the 23-year old in fine form for the Reds, but when France boss Didier Deschamps announced who would be facing Portugal and Serbia in next months friendlies, the name of Mamadou Sakho, who is yet to make an appearance for the Anfield outfit this season, was notably absent from the veteran manager’s list.

“He is an important player who finds himself in a difficult position,” explained Les Blues boss Deschamps when asked about the former Paris St. Germain captain. “Playing international matches when you have not played for your club for a month is difficult,” he continued, clearly understanding of his situation, before wishing the 25-year old luck. “I hope his situation improves.”

Despite not featuring for Liverpool yet this season, Sakho remains a part of boss Brendan Rodgers plans with the club even going so far as to offer him a new contract — a decision that he’s in no mood to rush. The Reds have rejected a number of loan enquires for the 25-year old, but with the player desperate to play a part in next summer’s European Championship in his homeland, it’s believed that he could push for a move before the transfer window closes next month in order to force his way back into the international frame.