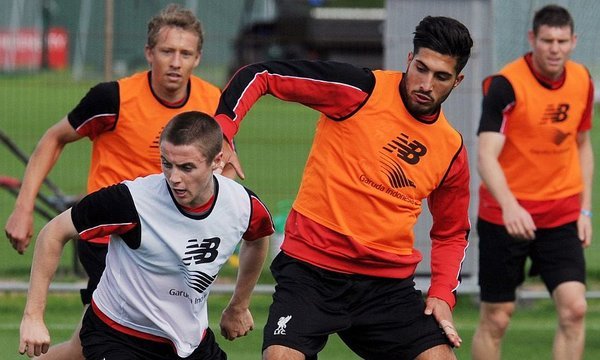 You have to stretch all the way back to September of 1963 to find the last time that West Ham United went back to the capital with maximum points after visiting Anfield. Undefeated since the start of the campaign, Liverpool will be looking to keep that streak alive when they entertain the Hammers on Merseyside tomorrow.

We’re only three matches into the season, but the Irons opening day win against Arsenal is already a distant memory with consecutive home losses to Leicester City and newly promoted AFC Bournemouth quickly arresting any early season optimism boss Slaven Bilic could conjure up. Couple that with an embarassing exit from the Europa League at the qualifying stage and it’s safe to say the Croatian manager’s tenure at Upton Park hasn’t got off to the best start.

Considering his sides history in this fixture, it’s really not looking up either. Short on attacking options, Bilic will likely have to call upon troubled striker Diafro Sakho — who on top of being arrested twice is complaining of muscle stiffness — to play up top against the Reds with long-term absentees Enner Valencia and Andy Carroll kept in good company by Argentine forward Mauro Zarate who is hung up with a hamstring injury.

That being said, the Hammers haven’t exactly struggled for goals, finding the net six times in their opening fixtures. Cheikhou Kouyaté, who was on the score-sheet against both Arsenal and Leicester City, has as many goals to his name this season as the entirety of the Liverpool squad with the Reds only managing a pair of goals over three games. The kicker, of course, is that they’ve haven’t conceded any whereas West Ham have looked hapless at the best of times.

If the problems up front weren’t bad enough, Bilic also has concerns at the back to deal with as first choice shot-stopper Adrian serves the second game of his three match suspension and Carl Jenkinson, who is on loan from Arsenal, also ruled out after being sent off last weekend — the fifth red card handed out to a West Ham player since the Croatian took charge back in June.

While that’s all bad news for the Hammers, it’s the complete opposite for Brendan Rodgers side who, despite doing everything imaginable, failed to find the net with Arsenal earlier in week. Phillipe Coutinho struck the woodwork twice and Gunners ‘keeper Petr Cech kept out a Christian Benteke sitter that he had no right to get a hand on as the Reds bombarded the North London side in the first half. That they were unable to find the breakthrough will be the Northern Irishman’s own cause for concern, but with a largely unchanged side, it wouldn’t be going out on a limb to say they should be able to bag a few come Saturday.

Both captain Jordan Henderson and Adam Lallana are expected to miss out with foot and thigh problems respectively while the likes of Daniel Sturridge, Jon Flanagan and Joe Allen remain sidelined with their own long running afflictions. Emre Can, Lucas and James Milner are likely to continue in their three man midfield while Roberto Firmino is almost certain to build on his first Premier League start against the Gunners on Monday with another run out in the starting eleven. Much like the midfield, the backline should remain unchanged after keeping three clean sheets on the bounce, but handing a first appearance of the campaign to Mamadou Sakho could help ease along contract negotiations and soften the blow of being left out of the squad for Frances upcoming international friendlies.

In his pre-match interview, Rodgers said that the Hammers will be the Reds biggest test of their opening four matches, but I think the Northern Irishman could be referring a mental test rather than the obvious physical one. West Ham, based on their most recent performances, look to be there for the taking, but we haven’t always been able to capitalize on these opportunities in the past. While there’s already a noticeable difference to the mentality of the side compared to last season, embedding an attitude in them in which they expect nothing but a win may be a hard sell considering the depths they ploughed during the previous campaign. Maybe rolling over the Bilic’s side will go a ways to changing that…