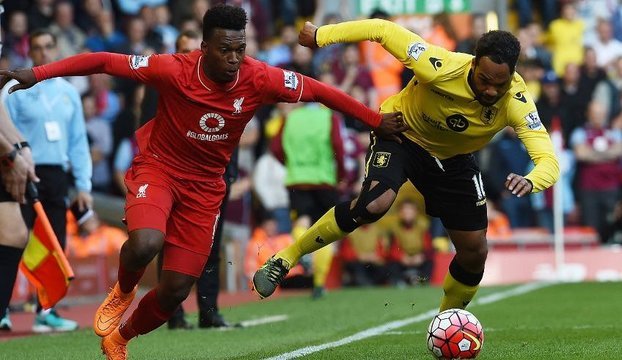 Although he’s not expected to play a part when Liverpool host FC Scion in the Europa League on Thursday, following his brace against Aston Villa at the weekend, Reds boss Brendan Rodgers has talked at length about the impact that returning striker Daniel Sturridge has had on the team.

“Players like that make the difference,” explained the Northern Irishman. “We haven’t scored three goals since he last started a game,” he mused. “He gives you a big opportunity to win games and compete at the top end of the table,” continued Rodgers, before adding what everyone is thinking, “He is a fantastic talent and now the job is hopefully he can stay fit.”

Staying fit, of course, is the problem when it comes to Sturridge. Sidelined for the majority of last season with a succession of muscle problems that culminated in hip surgery back in May, the 26-year old has only just returned to action — but has bagged as many goals as the two appearances he’s made thus far this season. While it’s safe to say that his absence played a big part in Liverpool’s failure to secure a Champions League berth for this season, it’s just as safe to say that he could very well be the catalyst as the Reds look to atone for that error over the coming campaign.

“Yes, because he is in that elite band of player that we’ve seen here, said Rodgers when asked if Sturridge’s injuries played any part in their failure to finish within the top four. “We’ve seen here the brand of football we can create when we have that talent available. He played a massive part in that, so if he stays fit and others come into the reckoning we can piece together an exciting team again,” he said. “Those players make the difference.”