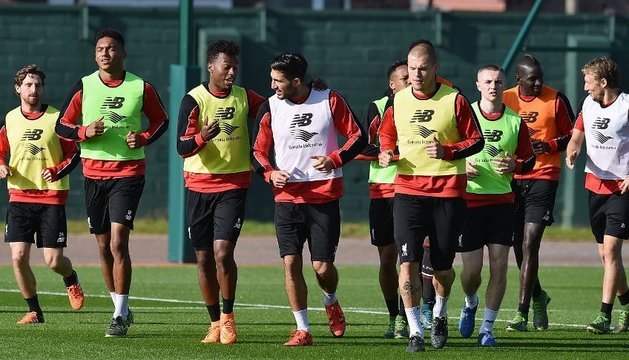 The old cliche that gets trotted out every time the Merseyside Derby rolls around is that the form book is thrown out the window. Now, usually, that’s a nod towards giving Everton, who are perpetually trailing their neighbours across the way, a sporting chance, but going into Sunday’s fixture at Goodison Park it’s actually the other way around.

A mere point may separate their bitterest of rivals, but that’s more than enough to tell the story of a Liverpool side that have underwhelmed every step of the way. Saying the Toffee’s have got off to a good start and that his own side’s tally is disastrous, Reds boss Brendan Rodgers may think he’s engaging in a few mind games as the weekend inches closer — though it sounds more like damage control than anything else.

Coming off a disappointing draw with FC Sion in the Europa League on Thursday, the visitors will ring the changes when they take the short trip across Stanley Park with the likes of Daniel Sturridge, Mamadou Sakho, Philippe Coutinho, James Milner and Alberto Moreno all expected to return to the starting eleven after either being rested or having their participation limited against the Swiss side.

Less than impressive at both ends of the pitch — and not looking too hot through the middle — Liverpool will be hoping that some of the fighting spirit that saw them inch by relegation threatened Aston Villa last time out will be on tap come Sunday. They could get a boost in front of the net with the fitness of Christian Benteke to be assessed before kick-off, but it could very well be another Belgian making the headlines with Everton striker Romelu Lukaku in fine form.

The 22-year old has a knack for banging in the goals against the Reds and with the big man bagging an impressive brace in their come from behind victory over West Bromwich Albion on Monday, he’ll be heading into the meeting with the Anfield outfit with his confidence brimming. Playing off of Lukaku in an advanced role, Ross Barkley hasn’t exactly been slouching either with his pace and smart runs causing defenders around the league all kinds of problems.

Toffee’s boss Roberto Martinez could be given a leg up at the other end of the park with John Stones and Seamus Coleman both expected to return from their respective knocks to join Phil Jagielka and Brendan Galloway in front of goalkeeper Tim Howard — a back-line Liverpool will do well to breach in their current state. Danny Ings, who put in a good shift against Sion, is expected to join Sturridge up top if Benteke is only fit enough for a spot on the bench. The former Burnley FC man has endeared himself to the Reds faithful with a number of hardworking performances, but if he really wants to prove the doubters wrong, a goal against Everton will go a long way towards doing just that.

It’s been five years and 10-meetings in all competitions since the Blues last claimed victory over their far more famous, vastly better looking rivals — a trend that only the ultra confident and possibly criminally insane would predict will continue tomorrow. Regardless of the scrutiny that Rodgers is currently under, the pressure is always there to get a result in this fixture. Disastrous start to the season or not, this is one you never, ever want to be on the losing side of. While in past seasons, even when they were struggling, he’d still have a job come Monday morning if he were to come up short, this time, the same can’t be said with any level of certainty.