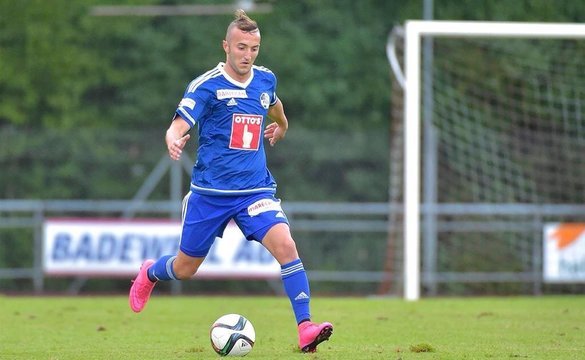 There are set to be massive changes afoot at Liverpool under new manager Jurgen Klopp which could provide a lifeline for a number of the Reds stars that were forgotten under former boss Brendan Rodgers. With a whole wealth of under utilized talent out on loan, the likes of Lazar Markovic, Tiago Ilori and Andre Wisdom could return to a vastly different Anfield at the end of the campaign — a prospect which suits Samed Yesil, who is spending the season with Swiss side FC Luzern, just fine.

“Probably I am coming back to the Reds and I am pretty excited about it because obviously he is German and I am a German as well,” explained the 21-year old striker, obviously looking forward to working with his compatriot on Merseyside. “So the communication will be a lot easier for me,” he continued, possibly shedding some light on why he’s yet to make an appearance in the Premier League while other, less developed youngsters had been given a chance to impress under the Northern Irishman. “In addition he is a guy that supports young players and that excites me as well.”

Hailed as the next Didier Drogba when Liverpool signed him from Bundesliga out Bayer Leverkusen, Yesil’s development at Anfield has been hindered by a number of long-term injuries with the German born Turkish striker spending almost two consecutive seasons on the sidelines. Although the 21-year old got right back to scoring as soon as he made his way back into the reserves, he was farmed out on loan almost immediately without being given the same chances that the likes of Jerome Sinclair, who made his league debut against Chelsea last season, and Jordan Rossiter, who has played sporadically in the first team this year, have been afforded. That, he’s hoping, will change under Klopp.

“Ever since it was announced that Brendan Rodgers was no longer in charge of Liverpool, I checked almost every hour to see who would step into his footsteps,” said the German forward. “Yesterday I realised that Jurgen Klopp, who I know from the Bundesliga, is going to be Rodgers’ successor for at least three years, enthused Yesil. “I hope that things are changing for Liverpool in a positive way now,” he added, before throwing his endorsement behind the new Reds manager. “As he proved in Germany, Klopp is a great coach. It’s a good decision to get him.”