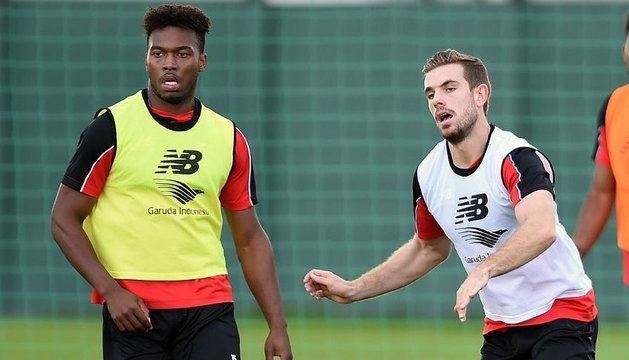 Liverpool boss Jurgen Klopp walked into a bit of an injury crisis when he took over for Brendan Rodgers at Anfield, but the German manager is set to receive a boost to his ranks following the international break with influential duo Jordan Henderson and Daniel Sturridge pencilled in for returns to the starting eleven.

The Skipper, who has been out of commission since limping off in the narrow 1-0 victory over AFC Bournemouth back in August, has finally returned to pitch work since breaking a metatarsal in training six weeks ago. While the 25-year old has been making a swifter than expected recovery on that front, he’ll also have the heel problem that troubled him at the beginning of the campaign to contend with when he returns to full training with the first team, but Liverpool are hopeful that his trip to a specialist in the United States only days before suffering the entirely unrelated foot injury has already solved that problem.

The Reds could only be so lucky; with striker Danny Ings and defender Joe Gomez out for the season, Klopp has enough to worry about already and he could deal with some good news. Christian Benteke, who continued his impressive run of form by netting the winner against Chelsea on Saturday, and Roberto Firmino, who lead the line for much of the meeting with the Blues, have returned to the first team after working through hamstring and back injuries, but the German will really get to see what his squad are capable of when star man Daniel Sturridge is finally passed fit to play.

Like Henderson, the 26-year old should be available when the Reds visit Manchester City at the end of the month with the Melwood medical team expecting his knee problem — suffered during a collision with Jordon Ibe in training prior to Klopp’s first match in charge — to be sorted by then. After missing almost the entirety of the last campaign with a variety of muscle problems, Liverpool were hoping that Sturridge had finally put his fitness problems behind him after having hip surgery in May and making a successful return to the starting eleven in September, but thus far it’s been another stuttering season for the England man.