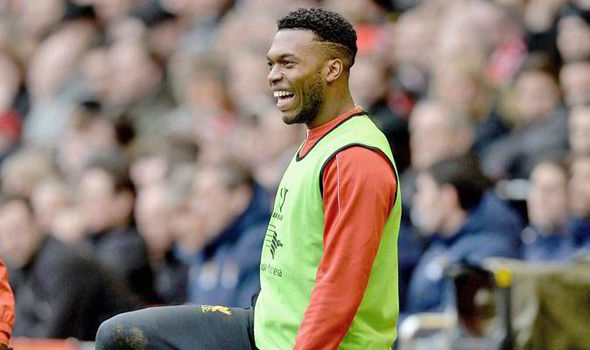 Although numerous reports are suggesting that Liverpool striker Daniel Sturridge will be fit enough to return to action following the upcoming international break, Reds boss Jurgen Klopp isn’t about to make any promises he can’t keep with the German remaining pragmatic when asked about the fitness of the 26-year old.

“I think he will return soon. But soon is relative. I don’t know when he will be back. It isn’t as fast as we thought of course but we cannot put pressure on this,” he told the Liverpool ECHO ahead of the meeting with Crystal Palace later today. “He is starting to train outside after four weeks, so of course he needs time to bring him back in shape or whatever. He can start training and then we can talk about when Sturridge can play, but it’s nearly like a summer break and he’s really training hard after this,” continued Klopp, reluctant to say much more. “We have to see when we can talk about him.”

After missing much of last season with a variety of muscle injuries, Sturridge’s return to action following hip surgery last May was short lived with a collision with Jordon Ibe in training preventing him from playing for Klopp quite yet. While his persistent injury problems are almost certainly impacting what has been a nailed on spot in Liverpool’s starting eleven, concerns over his fitness could also have a detrimental impact on his international prospects with England boss Roy Hodgson unlikely to gamble on including Sturridge, or Arsenal man Danny Welbeck — who has also been out of action for an extended period of time — in his squad for Euro 2016 unless they’re fully fit, firing and playing regular football.

“They must be devastated to have lost so much football but who knows what it’s going to bring? We hope they’re going to be back,” said the 68-year old ahead of the Three Lions friendlies with Spain and France. “What you’re really asking is, are we going to take a player to the tournament who’s virtually not played any football, but because he’s a talented player might just become, in some miraculous way, capable of playing football? It’s unlikely,” he explained. “I wouldn’t be happy to really take players with us in the hope that they will become fit during the tournament. I would rather have 23 players who are all fit and ready to go and capable of playing from the very first minute when I name the squad.”