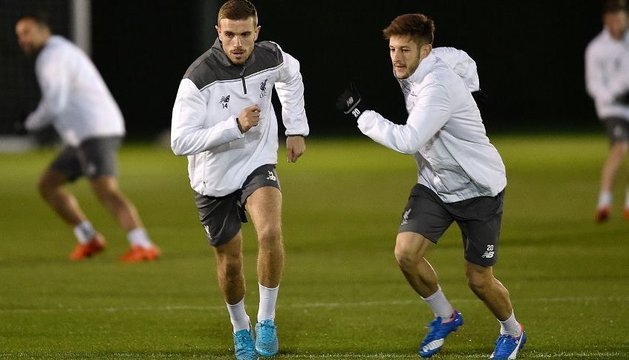 Drawing their first three matches of their Europa League campaign, Liverpool had a stuttering start to UEFA’s second tier competition, but going into the meeting with Bordeaux at Anfield tomorrow, a win would see them secure qualification for the knockout stages with a game to spare.

Now, whether that’s an indication of just how quick the tide can turn or just how bad their companions in Group B have been is a matter for debate, but it’s not one I’m going to dwell on too long. While finishing as high as possible in the Premier League remains the number one priority for Liverpool boss Jurgen Klopp, the German has made no secret of his desire to go on a run in Europe — something that he’ll no doubt double down on tomorrow by naming a strong starting eleven.

Well, as strong a starting eleven as he can name, I suppose. Coming out of Saturday’s thrilling 4-1 win over Manchester City, Klopp has some injury concerns with Philippe Coutinho suffering a minor hamstring strain and Martin Skrtel feeling a bit under the weather. It’s quite likely that both players would have been given a rest anyway with Jordon Ibe and Kolo Toure likely to be drafted into the side, but that’s besides the point. The big news coming out of Melwood is that Daniel Sturridge could feature for what would be only the fourth time this season after returning to full training last week and being fit enough to make the bench at the weekend.

“Daniel is coming closer and closer so he can now train seven or eight times in a row – that is the longest period since I’ve been here,” explained the Reds manager in his pre-match presser. “My decision you will see but it is closer and that is very good,” he conmtinued, hinting that the 25-year old could play some part, but making sure that everyone knows that there’s still work for him to do on his fitness both now and in the future. “We have to try to bring in a situation where he is more robust.”

There’s no lack of discussion on the former Chelsea man’s injury woes, but that’s a matter for another time with the Englishman hopefully back for the long term. Jordan Henderson, who has been out of action since the end of August, could also sneak into the match day squad with the Reds captain confirming earlier int he week that he’s almost fit enough to return.

That, of course, is the kind of news that Bordeaux boss Willy Sagnol could only hope for from his own side with the French outfit suffering a bit of an injury crisis ahead of their trip to Merseyside. Following a particularly feisty draw with Rennes on Sunday, he’ll be without the services of midfielder Gregory Sertic, striker Thomas Toure and defensive pair Nicolas Pallois and Pablo. Heap Wahbi Khazri’s suspension on the pile after the Tunisian attacker was sent off against FC Sion in their last European foray and it’s safe to say that Sagnol is going to have some tinkering to do.

“There was frustration, anger, and it was perfectly understandable,” said the former Bayern Munich fullback after being sent to the stands in the closing stages of the match. “There were more than 20 mistakes against us. We were extremely proud to have taken a point but it cost us,” he continued, obviously incensed not only by the match officials, but by the injuries to his players. “Some may be absent for several weeks.”

Languishing in 13th place in Ligue One, Sagnol’s side travel to Anfield as clear underdogs, but thoughts of their 1-1 draw with Liverpool to kick-off the group phase will be fresh in their minds. With both Mamadou Sakho and Martin Skrtel out of the starting eleven, the Reds remain vulnerable at the back — something that the likes of Enzo Crivelli and Jussie, who scored the equalizer in the first leg, will be keen to exploit. A win on Merseyside would see the French outfit draw level on points with their hosts in second place and blow the race for a spot in the next round wide open.

Which is exactly what Klopp will be looking to avoid. Progress to the next round isn’t even close to being assured, but coming off the win over Man City, confidence will be running high in the squad. If we can build on that, maybe — just maybe — we can have some breathing room when we have to travel to Switzerland to close out the group in two weeks time. Breathing room; who would have thought that’d even be an option?