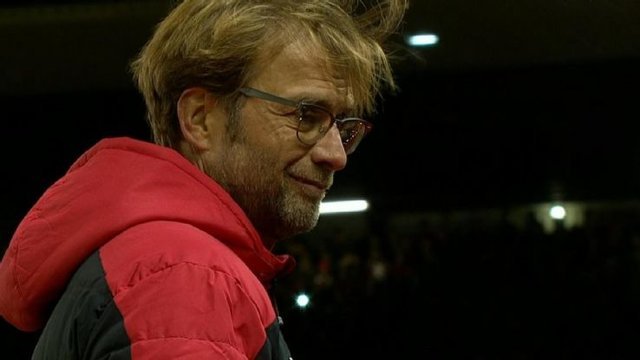 There’s been no shortage of players linked with Liverpool since new boss Jurgen Klopp took over at Anfield, but some of the most popular and persistent rumours have been the ones that would see him return to his former club Borussia Dortmund for fresh recruits.

Although the German boss has expressed his satisfaction with the players at his disposal on more than one occasion, it’s believed that he’ll look to augment his squad with a player or two when the transfer window re-opens in January. With the likes of Marco Reus, Neven Subotic and Ilkay Gündogan constantly linked with moves to Merseyside, there’s speculation that Klopp has a gentleman’s agreement with the Bundesliga club not to move for his former players — something he’s since denied.

“There is no agreement with Borussia Dortmund. I heard as well that there was one – these sort of things are always written at the time but, no it’s not true,” said Klopp. “I have a good relationship with Borussia Dortmund and a good relationship with all the players there – there is nothing negative between us,” he continued. “So there could be a possibility – if we need a player then we could try. At this moment there is nothing to talk about,” explained the Reds manager before flipping things around. “But there is no agreement that we can’t do business with Dortmund. There’s also no agreement that we can’t sell players to Dortmund!”

After spending big in the summer on the likes of Christian Benteke, Nathaniel Clyne and Roberto Firmino, there’s doubts that Liverpool will be looking to splash the cash this winter, but with results improving under Klopp, the Reds hierarchy could be persuaded to make a move or two to bolster their chances of securing Champions League football for next season.