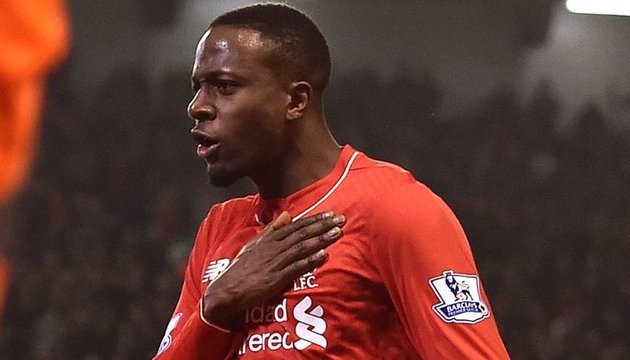 Liverpool may have lost a substantial chance to make up ground in the Premier League table with a somewhat disappointing draw with West Bromwich Albion at Anfield yesterday, but the team showed once again that they’re not prepared to go down without a fight by snatching a late leveler in the dying seconds.

Reds skipper Jordan Henderson made his first Premier League start since the middle of August and he reintroduced himself to the Kop by finishing off a scintillating move that began with Simon Mignolet and ended with the 25-year old sweeping home Adam Lallana’s headed pass first time past a helpless Boaz Myhill. The Belgian ‘keeper would be involved in another goal less than 10-minutes later, but it wouldn’t be the kind that he’d want his name attached to as he made a hash of a set-piece to allow Craig Dawson to level proceedings, stabbing home after Solomon Rondon kept the ball alive.

Although the hosts were enjoying the bulk of the ball, their visitors were typically stubborn in defense and their solidarity at the back looked to have paid off when Jonas Olsson appeared to have put them ahead just before the break from a free-kick, only to have a delayed offside flag rule the goal out.

“What disappointed me is the linesman doesn’t put his flag up,” said West Brom boss Tony Pulis following the final whistle. “If he puts his flag up straight away it is offside,” he continued, obviously incensed with the decision. “Why the referee goes over and talks to him I don’t know.”

The big Swede wouldn’t be denied again though and with just under 20-minutes left to play, it looked like he’d snatched the points for the visitors when he headed home Craig Gardner’s corner in fine fashion. The Anfield outfit looked to be in control throughout, though they had a hard time really troubling the Baggies back-line with Olsson and Gareth McAuley doing quite well to contain the often blunt threat offered up by Philippe Coutinho and company.

A clash with Craig Gardener saw Reds defender Dejan Lovren off with a horrible gash on his knee, and though he’ll be a concern for the Anfield outfit with the busy festive period looming, his replacement in Divock Origi would go on the bag the winner with the Belgian hit-man’s deflected shot finding the back of the net in dramatic fashion deep in to the 8-minutes of injury time added on. Tensions were high on the touchline with Klopp and Pulis engaging in a bit of handbags before the German lead his side in celebrations in front of the Kop.

“I’m satisfied now because it was the perfect finish to this game. The one point was the minimum that we deserved today,” enthused the German boss. “Two set plays cost us. We knew about their quality in these situations. It was difficult. We created chances, made a perfect goal then conceded those two,” he explained, obviously a bit disappointed. “But at the end I can live with it. This could prove to be a very special moment for us in the season to strike back against such a team.”

While it might seem a bit odd to celebrate drawing with a team that in all honesty we should be beating, it’s actually kind of refreshing to see a boss that’s not afraid to let his passion for the game spill out in a way that engages the fans and reinforces his belief in this club. It goes without saying that a draw is always preferable to a loss and that if Klopp trying to make you happy is the only thing you have to complain about this week, things aren’t so bad, are they?