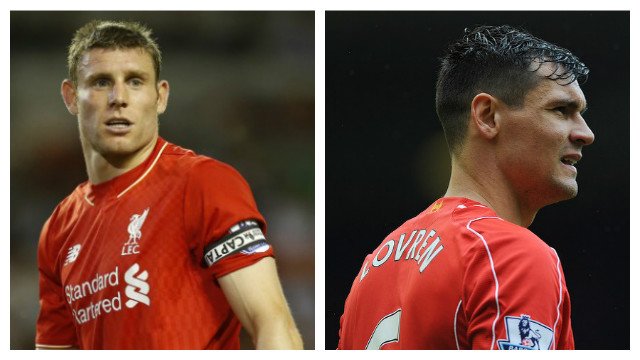 Ahead of Sunday’s trip to Vicarage Road, Liverpool boss Jurgen Klopp had a mixed bag of news in his pre-match press conference with vice-captain James Milner set to miss the clash with Watford after picking up a muscle injury in training.

“Milly has a problem with his calf. It will take a few days – we made a scan,” said the German manager to the assembled press at Melwood. “It was after warming up in training, not too much, and after warming up he felt something so we didn’t want to take a risk,” he continued, obviously keeping the busy festive period at the forefront of his thoughts. “When we made the assessment we saw a little muscle injury. We have to wait. I don’t know how long, but for the weekend he’s not an option.”

While Milner missing out was a bit of bad news, Klopp also had some good news to report with defender Dejan Lovren expected to be available right around the time that Leicester City visit Anfield on Boxing Day — though which side of the fixture he’ll be available on remains to be seen.

“That was one of the best [pieces of] news after the West Brom game – it’s not that serious. We have to see. If he can train from next week, Tuesday or Wednesday on, he would be an option for Leicester. I don’t know in this moment,” confirmed the Reds boss. “But after Leicester, for sure he should be available again. We have to see. His progress was really quick and he’s getting better and better,” he explained with initial reports speculating that he could be sidelined for up to one month. “It was swollen at the beginning, it looks much better. Maybe Leicester, maybe after Leicester, but then he should be OK.”