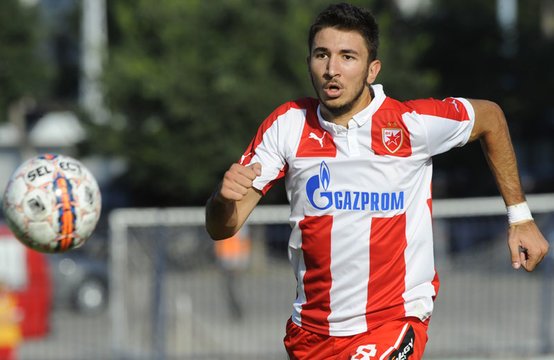 Liverpool may have been humiliated during a dour performance against newly promoted Watford FC on Sunday, but there’s good news on the horizon for Reds fans with Red Star Belgrade general manager Zvezdan Terzic confirming that highly rated youngster Marko Grujic is set to complete his long rumoured move to Merseyside when the transfer window opens in January.

“We will in the next three days sign a contract with Liverpool. It was a record transfer,” he said, speaking to Radio Television of Republika Serbia. “Marko Grujic will sign a five-year contract with Liverpool where he will have a million and 200 thousand euros annual net income, which means that he will have six million from Liverpool,” continued the general manager before saying that he’ll be handed Steven Gerrard’s vacant shirt. “He’ll get eight on the back.”

Various media outlets have been reporting for quite some time that the deal is done, but with the terms of the £5mil deal leaking out, it appears that it’s actually heading towards a conclusion with the 19-year old set to remain in Serbia until the end of the season. It’s expected that Grujic will fly to Merseyside in the coming days to complete a medical ahead of putting pen to paper — even if he’s still telling journalists that nothing has been agreed.

“I find it strange that foreign media convey information that it’s already completed and I was set for medical examinations, the only truth is that I am on vacation,” he told Mondo. “I read in the paper that I had signed and it’s all finalised, that’s interesting… because even I did not know,” he continued, but refused clarify further. “I’m not ruling out the possibility that it happens, but I’m not saying if I’m on the brink of signing.”