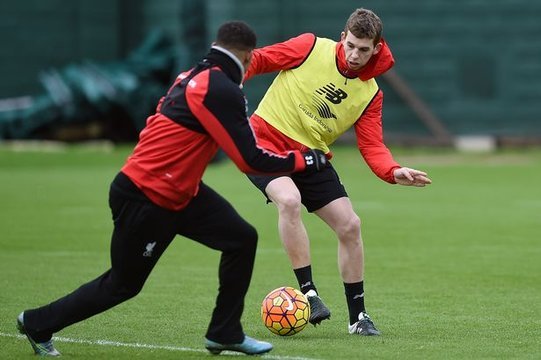 The last thing Liverpool needed was another match on their plate, but after failing to to secure progression through the Third Round of the FA Cup at their first crack, the Reds will host League Two side Exeter City at Anfield tomorrow after a pulsating first encounter ended in a draw.

With a trip to Norwich City in the Premier League on the schedule less than 48-hours after this one kicks-off, the hosts will be keeping one eye firmly on the trip to Carrow Road with Liverpool boss Jurgen Klopp confirming that the club will give the youngsters and fringe players another shot at downing the Grecians.

Fullback duo Brad Smith and Connor Randall and central defender Tiago Ilori could be drafted in to the back line with the likes of Joao Carlos Teixeira, Cameron Brannagan and Ryan Kent in front of them as the German has another look at what his teenagers are capable of doing. Klopp has made no secret of the fact that he’l be playing a similar line-up to the one that twice came from behind to snag a draw in their first encounter, but there will be questions over striker Jerome Sinclair, who scored his first senior goal for the Reds in the meeting at St James Park, and ‘keeper Adam Bogdan, who infamously conceded directly from a corner kick in his last run out in the red shirt.

With first choice shot-stopper Simon Mignolet putting pen to paper on a new five year deal on Monday, the Belgian could feature ahead of his under-study after his shaky performance against Exeter elicited more than one groan. Despite facing a striker shortage, Sinclair could also be overlooked with the 19-year old set to leave Anfield this summer after failing to agree to a new deal. Besides all that nonsense, there will be a familiar face on the bench tomorrow with fullback Jon Flanagan set to return to the senior squad for the first time since the end of the 2013/2014 season after a series of injuries and operations kept the local born lad sidelined for the entirety of the last campaign and most of this one.

“Jon Flanagan is in a really good way and we are all happy about this, but as a manager you can decide a lot but not all,” said Klopp during his pre-match presser. “The medical department decided he didn’t train yesterday, but he did train today which means he’s not ready for the starting line up, but if nothing happens between now and then and he feels good, he is on the bench,” confirmed the German manager, obviously enthused at the prospect of having another fit senior player. “It’s the first step back for him, breathing and feeling Anfield and being back in the dressing room, not in a suit. That’s a good good step for him.”

Where the hosts will be fielding an inexperienced side, the visitors will be doing the complete opposite with Exeter boss Paul Tisdale set to go for the gusto as they look to upset their prestigious hosts. Tom Nichols, who opened the scoring the first time these two met, was on target at the weekend as the Grecians downed Leyton Orient and Jayden Stockley, who had only just made the move from Premier League side AFC Bournemouth the day before, scored his debut in a 1-1 draw with Morecambe before following that up with a brace in the win over the O’s.

“We’d love to be through to the next round, the reality is that’s going to be some ask, but why not There’s no point us going into the game expecting to lose, we have to spin every positive we can,” said Tisdale in the build-up to the trip to Wednesday’s match. “We don’t very often play at Anfield in this type of fixture, it’s a big tie and it does give some reward to the Exeter supporters and supporters at this level to watch their team play in this type of match.”

And, really, you can’t blame him for expecting his side to have a go. Kids, of course, are kids and their relative lack of time playing together was on display during the first leg and it’s unlikely that things wwill have changed too much come tomorrow. Considering our lack of luck at the moment, I think you can flip a coin on this one…