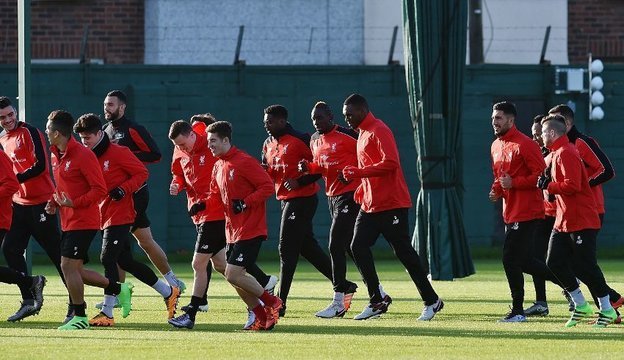 Liverpool will look to get back on track later today when they visit Carrow Road after losing out to bitter rivals Manchester United last weekend at Anfield. In typical fashion, the Reds were in control for much of the match only to concede late from a set-piece in what would be the visitors only shot on target.

Their fragility at the back has been talked about in equal measure with their impotence in front of the net — trends that boss Jurgen Klopp has tried to shut down for some time now with mixed results. Easing past League Two outfit Exeter City midweek, a squad filled with youth and fringe players secured a spot in the fourth round of the FA Cup, but the German boss in unlikely to call upon too many of the players that beat the Grecians when they run out in Norfolk later today.

While the Anfield outfit looks set to make a move or two in the transfer market before the window closes up until the summer, Klopp will have to work with the players at his disposal for the time being. That, of course, isn’t the best situation considering the on-going injury crisis at the Merseyside giants.

Adam Lallana, who picked up a muscle problem against the Reds Devils, is a doubt for the weekend and is likely to be replaced by Jordon Ibe. An ineffectual display against Exeter means that Christian Benteke is likely to drop to the bench in favour of Roberto Firmino with first team regulars Mamadou Sakho, Emre Can and club captain Jordan Henderson almost certainly will be restored to the starting eleven.

Andre Wisdom, who is on loan to the Norfolk outfit, remains ineligible to face his parent club, it’s a good possibility that they’ll have to deal with another familiar face in ex-Everton striker Steven Naismith after the Scotsman made the move to Carrow Road earlier in the week. Canaries boss Alex Neil could also look to call upon new boys Ivo Pinto and Timm Klose as he looks to pick up some much-needed points and push his side further away from the relegation battle — a prospect the Norwich manager knows won’t be easy.

“Jurgen Klopp has brought his own style of play [to Liverpool]. They’re trying to find their best combinations,” he said, speaking to the press ahead of the meeting with the Reds. “They’re more direct now, and they play higher up the pitch,” continued Neil, hinting that he’s kept a close eye on the Reds style in the days leading up to the match. “This game will be different to the one earlier in the season.”

While Liverpool’s record against Norwich has been enviable to say the least, their recent form hasn’t been anything to smile about. Losing three out of their last four trips away from home and scoring only one goal in the process, Klopp is going to have to arrest this slump quickly, not only if they want to get past the Canaries, but if they want to remain an attractive destination when they’re angling for players in the transfer market. The prospect of securing Champions League football for next season may realistically be all but gone at this point, but if they don’t at least look like they’re pushing for it, they’re only making their jobs that much harder.

That, and, you know, the rest of us would like three-points and something to smile about. That’d be nice too if it’s not too much to ask…