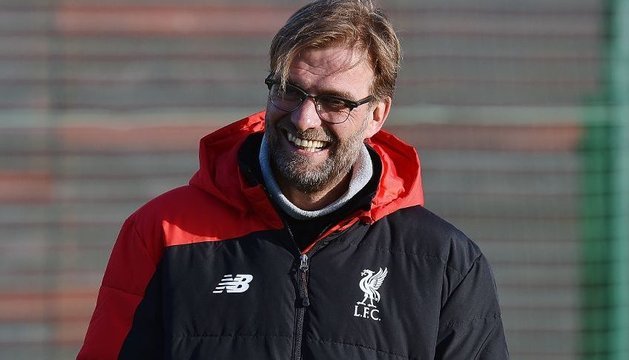 Having already brought in Queens Park Rangers defender Steven Caulker on loan until the end of the season and signed up Red Star Belgrade midfielder Marko Grujic, who is seeing out the rest of the season with the Serbian outfit, Liverpool boss Jurgen Klopp has remained coy over any further transfer dealings with talks ongoing over a big money move for Shakhtar Donetsk attacker Alex Teixeira.

“First of all we have January, a few days still, and the season ends in the middle of May,” explained Klopp ahead of the meeting with Norwich City. “I don’t know what will happen in May. We cannot change now everything, take all the players [who are available] and then in the summer think: ‘Ah, that is not so good.’,” continued the Reds boss, before confirming that they’re taking the clubs injury crisis into account with their recruitment of players. “We always have to think about the situation now, who possibly can help, plus who can help us from next season on for the next three, four, five years. In the summer we will have to make decisions, that is normal.”

Throwing his backing behind both misfiring striker Christian Benteke and the perpetually injured Daniel Sturridge last week, the German manager has played down rumours that neither have long term futures under his reign at Anfield, but with that being said, the Reds need a solution to their woes in front of the net sooner rather than later. Reports in the media suggest that Shakhtar are willing to negotiate over Teixeira’s future, but the Merseyside giants will have to come closer to their valuation of €50mil for the player — something that they’re set to do as talks continue, but that comes on the back of Klopp insisting that he won’t be wasting money this January.

“Money is not an issue, and it is not the only issue. You can’t just throw the money away and take any players you want,” said the Reds boss, talking about the difference in available funds between the Premier League and the Bundesliga. “It is always about the decision,” he continued, mindful that his team that started the Champions League final in 2013 cost a mere £28mil. “You can sign a lot of rubbish with money or you can make really good decisions.”