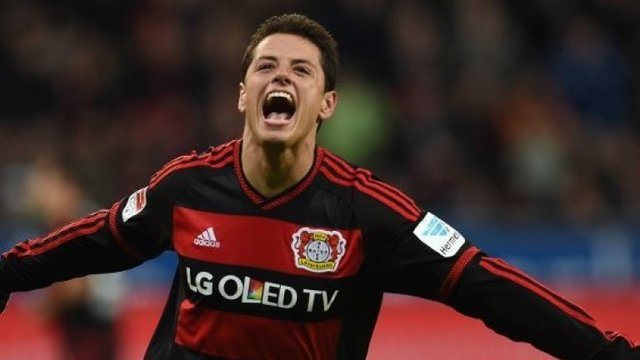 While it’s believed that Liverpool have had an interest in bringing prolific hit-man Javier Hernandez to Anfield as early as the summer of 2014, given the fact that he was a Manchester United player at the time, that was a transfer that was never going to happen.

Moving to German side Bayer Leverkusen last summer after spending a rather unproductive year on loan with La Liga giants Real Madrid, the Mexican striker has hit 17-goals in his last 15-games, setting the Bundesliga on fire and attracting the overtures of a number of clubs. The Reds, of course, are included in the gaggle of teams looking to draft the 27-year old into their ranks with Anfield supremo Jurgen Klopp reportedly making Hernandez one of his top transfer targets.

Although he’s unlikely to go anywhere this month, with a move for Shakhtar Donetsk attacker Alex Teixeira reportedly on the skids despite the Brazilian pleading with the club to allow him to move to Merseyside, Liverpool could try to jump the queue for his signature and make a move for the Mexican striker before the transfer window closes rather than wait for the bidding war to get started in the summer.

With star striker Daniel Sturridge still sidelined and Christian Benteke yet to find the form that’ll justify his big money move from Aston Villa, the Reds have struggled in front of net throughout the campaign and their bid to secure to the Champions League football next season looks to have fallen flat. Teixeira, who Shakhtar are demanding an enormous £38mil for — would be the right kind of player to help the Anfield outfit in front of the net, but he’s not the only player that can score goals. Now, the real question is, would Bayer reject a bid of a even half of the £24.5mil that Liverpool are prepared to stump up for Teixeira?