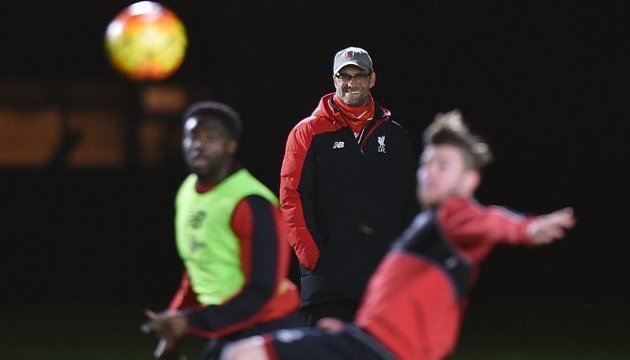 After securing a place in the League Cup final with a dramatic penalty shoot-out victory over Stoke City at Anfield earlier in the week, there’s absolutely no rest for Liverpool who are straight back into action with West Ham United visiting Anfield tomorrow in the FA Cup.

The Hammers have already beat the Reds twice this season and Slaven Bilic, who has an excellent record against the Merseyside giants, will be hoping to not only complete a hat-trick of victories, but more importantly, seal progression into the next round of the cup as the Croatian manager looks to make a real run at bagging the Irons their first piece of silverware in forever.

Having already won at Anfield this season, the East London outfit will be bullish about their chances of doing it again and they’ll be in an even more buoyant mood knowing that Reds boss Jurgen Klopp is planning on making a number of changes to the side that beat the Potters mid-week. In the previous round, the German packed the squad full of youth and fringe players — something he’s almost certain to do again on Saturday.

“Yes, but it depends what is young in your opinion!” said the manager in his pre-match press conference, confirming that changes will be made and that the youngsters will be given another chance to impress. “We will make them but only because we want to win the game – that’s the only reason. When I think of the Exeter game at Anfield, it was great. It was a really great atmosphere, unbelievable, sold out, perfect,” he continued. “Hopefully we’ll be sold out again against West Ham and the boys who will start or come on will give everything because they will go to the next round. They really try to win each game. Maybe you cannot see it all the time, but inside they are always big fighters and that’s good. I love this attitude.”

This, of course, stands in sharp contrast to the game plan Bilic is set to employ. Although he’ll be without the services of attacking trio Diafra Sakho, Manuel Lanzini and Andy Carroll will all three nursing their respective knocks, he should have veteran Mark Noble at his disposal despite the 28-year old grappling with the flu earlier in the week. Either way, he won’t be leaving this one up to the kids.

“If I didn’t believe that we can go through then we would put kids in again on Saturday, as we have a big game on Tuesday against Aston Villa,” said the Croatian manager. “But I really believe we have a chance to knock them out. Liverpool are on fire because of their result on Tuesday, they play at home, and they have some great players, of course,” explained Bilic, staying cautious ahead of a tricky trip to Merseyside. “But on the other hand we want it, we are hungry, we have a good team, we are in good form, we are quite consistent the whole season. Of course, we are very, very optimistic.”

Their hosts should have defender Dejan Lovren available again after the Croatian returned to training earlier in the week after a few weeks out with a hamstring strain, but Daniel Sturridge — predictably — will play no part with his training regime still stuttering. Defensive duo Connor Randall and Brad Smith, as well as midfielders João Carlos Teixeira and Ryan Kent, could be drafted into the starting eleven along with reserve ‘keeper Danny Ward after he was recalled from his loan spell with Aberdeen earlier in the month. Christian Benteke, who continues to be used mostly from the bench, should feature with Roberto Firmino likely being saved for the meeting with Leicester City on Tuesday.

Although the domestic cups have been a great distraction from our lukewarm performances in the league, it’s not looking like we’re going to be in the FA Cup for too long and while that’s probably a bad attitude to take, a pile of youngsters against a West Ham team in good form doesn’t bode well for progression. The changes make sense; we’re competing on so many fronts and senior players getting burned out or picking up knocks due to being over played is a real threat. Our plethora of injuries coupled with our lack of depth from the bench is going to take it’s toll — I guess this is where we pay the piper.