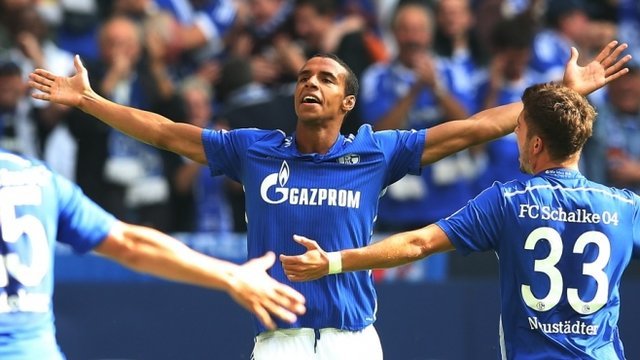 It’s been in the works for a while now, but yesterday both Liverpool and Schalke 04 confirmed that highly rated centre-back Joel Matip would be not be renewing his contract with the German club and would be linking up with the Reds when his contract expires in the summer.

“Liverpool are a wicked club, and naturally it does not hurt that I already know the coach,” the up and coming defender told German tabloid Bild after news of his move to Merseyside was announced. “I had the feeling that Klopp and Liverpool are ideal for me, but the thought of leaving was naturally not easy for me.”

Naturally, details of the deal were not made public, but it’s been reported that the 24-year old will recieve a hefty signing on fee of €5mil and will earn somewhere in the region of €7mil per season at Liverpool — figures that the Gelsenkirchen club would struggle to match. Schalke have pushed hard to convince Matip, who has been at the club since he was a young child, to sign a new deal over the last year, but the lure of top flight football in England was a hard proposition to turn down.

“Joel wanted to make a landmark decision for his career,” explained Schalke sporting executive Horst Heldt, confirming that Matip was determined to move to England. “We can’t switch into the Premier League with Schalke — he would have stayed had that been the case.”