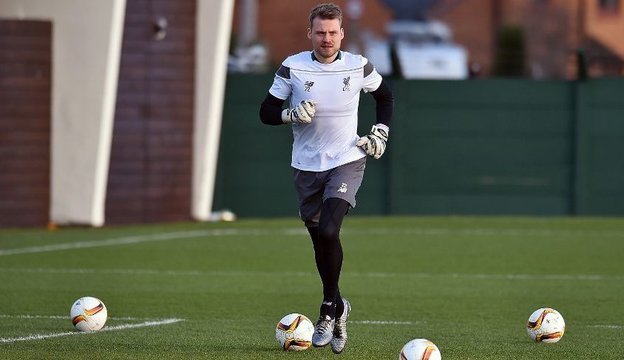 Although Liverpool ‘keeper Simon Mignolet is remaining focused on the Europa League meeting with FC Augsburg later today, the Belgian shot-stopper is hoping that winning the League Cup against Manchester City at the weekend will be the catalyst they need to get back on track.

“I remember for Chelsea a few years back, it was the League Cup they won — and after that they managed to win a lot of trophies,” explained the 27-year old. “It gives everybody a confidence boost when you win your first trophy for a long time,” continued Mignolet. “Let’s hope we can do that. It will be very difficult, but we will try our best and hopefully we can get the trophy and get the first win.”

After trashing the Citizens earlier in the season, Liverpool will be looking for a repeat at Wembley on Sunday and again when they host Manuel Pellegrini’s side at Anfield only a few days later — though that’s something that Mignolet isn’t betting on.

“Every game is totally different,” said the Belgian, waving off suggestions that November’s win gives them some sort of psychological edge. “Manchester City know what we can do, and they will be setting up in a different manner to when that game was played. We know it will be a totally different match at Wembley,” said the ‘keeper. “We have to look at ourselves and our own performance. We have to make sure we don’t get flustered by the occasion and that we turn up and give the performance we want to on the day.”