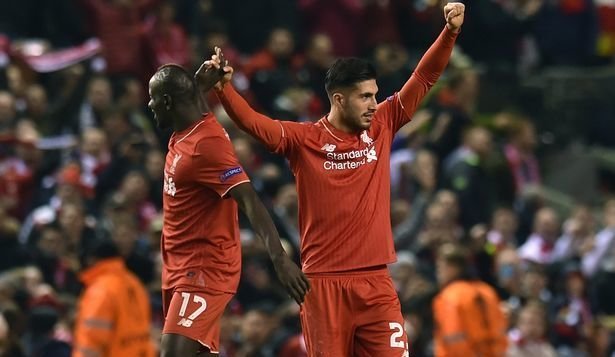 With the anticipation building ahead of Liverpool’s trip to Old Trafford for the return leg of their Europa League Round of 16 clash with bitter rivals Manchester United, Reds midfielder Emre Can has insisted that the Anfield outfit will stick with what they know when the two sides meet on Thursday.

“We have to keep going like in the first game,” said the German, brushing aside any suggestion that they’ll look to hang on to their 2-0 lead. “We have to press and we have to play to win the game. Of course, we have to try and score again. We don’t want to defend for 90 minutes,” enthused the 22-year old. “We want to go to the quarter-final, we want to win this competition. We have played a lot of games in it already. It is very important to us.”

Louis van Gaal’s side may have already done the double over Liverpool in league play, but they were beaten comprehensively in their first ever meeting in a European competition with goals from Daniel Sturridge and Roberto Firmino giving Reds boss Jurgen Klopp a massive advantage ahead going in to the second leg. A late clash between Can and Marouane Fellaini underscored just how intense and physical rivalry this rivalry can be, though the German was quick to play down the incident following the final whistle.

“Fellaini is a fair sportsman. He touched my throat with his elbow but it is OK,” said the 22-year old when asked about the encounter. “It was just a small fight,” he explained, waving any suggestion of malice on the part of the Belgian. “It was not a boxing ring punch.”