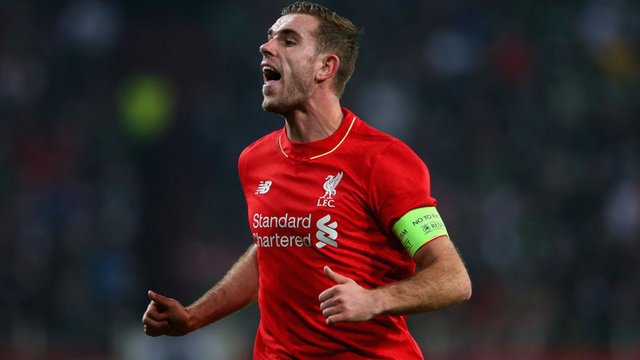 Even though he was passed the armband when iconic captain Steven Gerrard left the club last summer, Liverpool boss Jurgen Klopp has refused to rule out the sale of any player — including skipper Jordan Henderson.

“Everything is OK in this moment but nobody in the world, maybe only [Lionel] Messi, is unsellable. There is always a situation,” said the German manager, speaking frankly. “I come from a club where always the best players are picked by other teams and at the end, you have to accept a few things and always need to have a Plan B or C.”

Klopp, of course, saw a number of key players depart during his time in charge of Borussia Dortmund with many of them poached by bitter rivals Bayern Munich. Chasing the Premier League title and looking like a lock to qualify for the Champions League, Tottenham Hotspur have reportedly been sniffing around for summer recruits already and Henderson is supposedly high up on their wish list.

“I am pretty sure it is only a rumour [Tottenham wanting Henderson] but if not and if a player — let’s not say Hendo but any player — comes to me and says he doesn’t feel comfortable and wants to leave, style of play, more money, then you always have to start thinking,” continued the Liverpool manager, raising an eyebrow or two. “Coutinho, [Roberto] Firmino, so many players are very special. You could go through the whole squad,” explained Klopp. “But if a player wants to go to another club then I’d always be open to it because I don’t want to have a player in my squad who doesn’t want to be in the squad.”