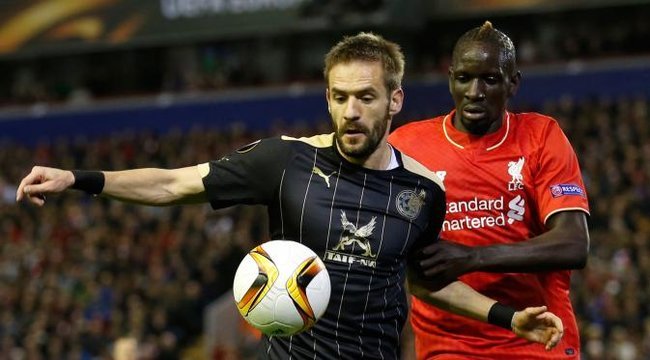 Although he struggled to find his way into the first team at the start of the season, Liverpool defender Mamadou Sakho has cemented his name in the side under Reds boss Jurgen Klopp and he admitted that he’s loving life at Anfield — and being a part of the French national team again.

“Yes, it’s nice to be in the selection. With the coach at Liverpool (Jurgen Klopp), it goes differently for me,” said the 26-year old, speaking with French media outlet RMC about playing for Les Bleus again. “He’s very human, super close to his players and all the members of the club. He is very kind,” continued Sakho, full of praise for the German boss. “We feel he is very expressive but as we said from the beginning, this is really not to be mean to us. Rather, it is to encourage us.”

Throughout the summer rumours persisted that the Parisian would either be sold or sent out on loan with his future on Merseyside less than assured and a spot in Didier Deschamps side for Euro-2016 looking unlikely at the time, but with a new contract under his belt and regular playing time sorted out, he’s admitted that he was never looking to leave in the first place.

“Honestly not. I always felt good in Liverpool,” explained the big defender. “When I was in France, I didn’t gauge the real impact of this club’s history. Once I set foot inside, it’s fabulous. There’s a healthy atmosphere. The team is young and talented,” enthused Sakho. “Honestly, I really like this city, these fans and with this magnificent stadium. I am someone who likes stability, it suits me perfectly.”