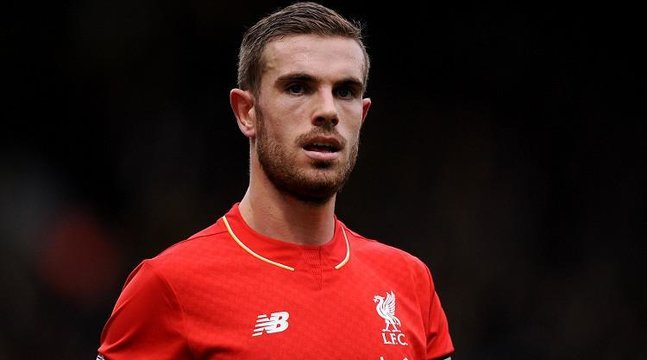 Following yesterday’s 1-1 draw with Bundesliga giants Borussia Dortmund in the first leg of their Europa League quarter-final showdown, Liverpool boss Jurgen Klopp revealed that Reds captain Jordan Henderson was set for a scan after picking up a knee injury near the midway point of the match.

The German manager was his typical blunt self in his post match presser, saying that the knock didn’t “look good” and that he was disappointed to lose the skipper to injury at this crucial stage of the season — and, it looks like he’ll be missing for the remainder of the season with the results of the scan showing that he sustained damage to his lateral collateral ligament, but, thankfully, the damage isn’t bad enough to require surgery.

This, of course, means that Henderson could potentially miss out on a spot in the England squad for this summer’s European Championship with Three Lions boss Roy Hodgson set to name his squad on May 12th. The veteran manager has already said that he’d be “reluctant” to include players that aren’t match fit to the list of 23-names that will travel to France this summer.

Struggling with an ongoing heel problem, the 25-year old has seen his form suffer during his first season as Liverpool captain and this has lead to suggestions that Klopp could look to replace him as he looks to revamp his squad when the transfer window opens in June. On the other hand, this could be exactly what the former Sunderland man needs to recapture the kind of form that saw him handed the armband when long-serving skipper Steven Gerrard left for the MLS at the end of last season. The only way to get over his heel problem is to rest — and he’ll be doing a whole lot of that in the coming weeks.

One thought on “Henderson Out for the Season, Doesn’t Require Surgery on Knee Injury”